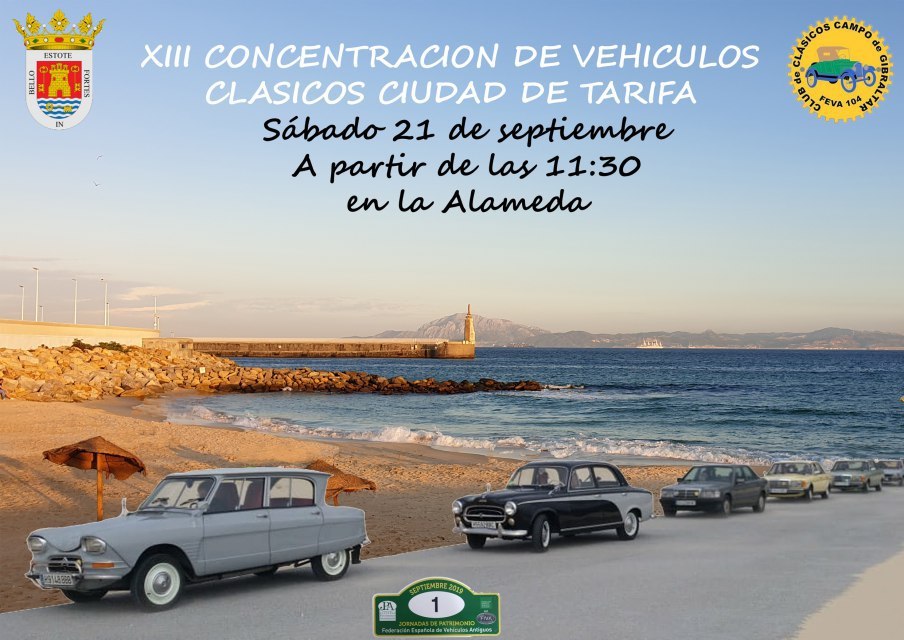 THE CLASSIC CLUB OF THE GIBRALTAR FIELD WILL FILL OLD CARROCERÍAS LA ALAMEDA
The annual appointment is repeated next Saturday, September 21 from 11:30

The oldest bodies that can be seen still circulating in the Region will be concentrated this Saturday, September 21 on the Alameda promenade. The annual meeting of the Classical Club of the Campo de Gibraltar that returns to Tarifa in which it is already its thirteenth edition. Starting at half past eleven in the morning, the Alameda will be a showcase in the air of the evolution of the vehicle.

Cars from the 30s of the last century. Old Mercedes series. The “Two Horses” of Citroën, the “Four Cans” of Renault, the Dyane 6, and the representative SEAT have been coming to more than one editions of the Classics Concentration that this Saturday returns to Tarifa. The Paseo de la Alameda is the meeting point for fans of the Region and surrounding areas who care for and pamper authentic automotive jewelery in detail.

The event is now celebrating its thirteenth edition with the aim of making visible a hobby that is the automotive’s moving history. Usually the concentration of the Tariff coincides with the heritage day held at the national level by the Spanish Federation of Antique Vehicles. It is that at different points of the map, real active references of the motor world go to the roads of all Spain.

Nearly one hundred members with about 150 vehicles classified as classic and historical, make up the district group chosen by Tarifa as an annual reference.

The appointment is during the morning of Saturday, September 21 in the Alameda, in view of young and old, from 11.30.