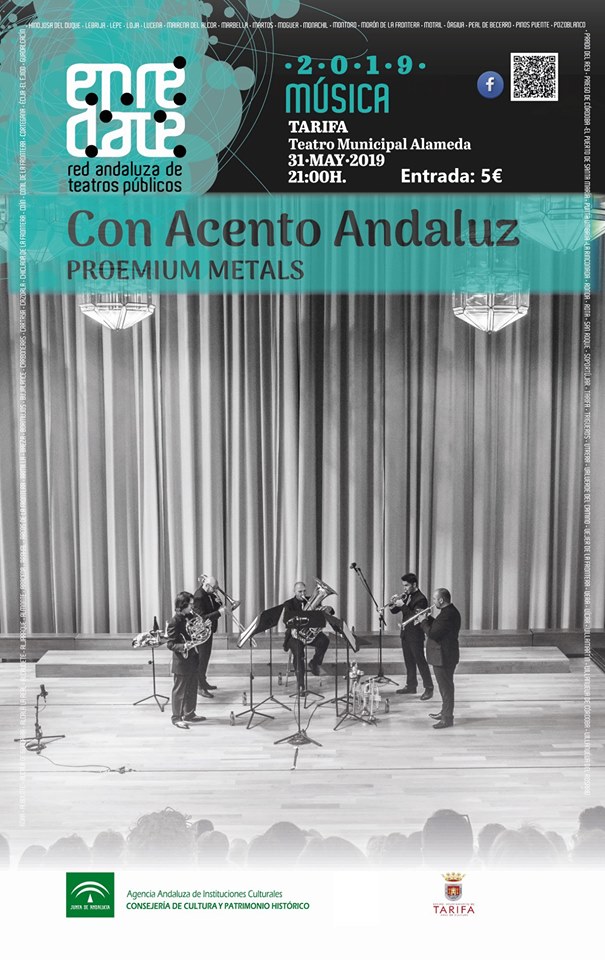 Trumpets, horn, trombone and tuba. The five metal instruments that make up the “Proemium Metal”, the quintet that arrives on Friday, May 31 at the Alameda theater. It is a new musical delivery of the “Enrédate”, the program of the Andalusian Agency for Cultural Institutions, the Ministry of Culture.

In collaboration with the City Council of Tarifa, the musicians of the “Proemium Metals” will perform on Friday at the Alameda with the “Con acto andaluz”, a repertoire that aims to spread music for metal quintets signed by young Andalusian composers. The concert also includes adaptations of works by other consecrated authors of the autonomous community.

The musicians Juan Peralta, Ángel Hernández, Nemesio García-Carril, José Manuel Martínez and José Luis Montero are members of the quintet. The “Proemium Metals” is one of the most important groups of wind metal in Andalusia. Proof of this is his participation on two occasions in the International Tango Festival of Granada (editions of 2011 and 2013) or in the IX International Festival of Spanish Music of Cádiz (2011). The group that arrives in Tarifa on Saturday has also toured emblematic venues such as the Manuel de Falla Auditorium, Isabel La Católica Municipal Theater or the Carmen de los Mártires, among others in the province of Granada.

The appointment is Friday, starting at 21:00 at the Alameda Theater.