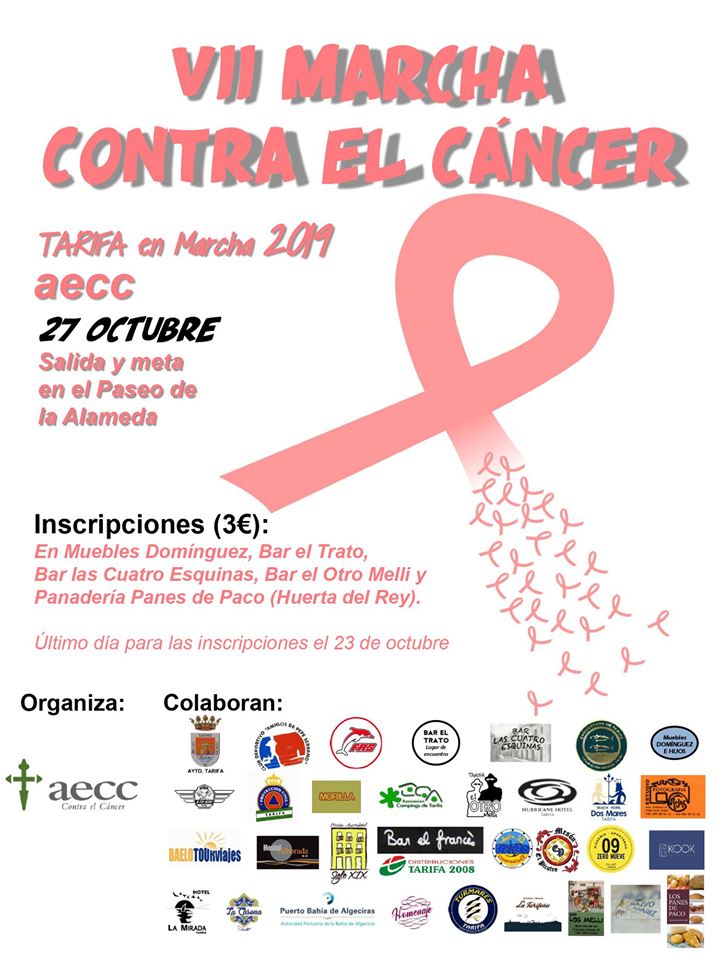 The delegation of the Spanish Association Against Cancer (AECC) hopes to dye the circuit of the “VII March Against Breast Cancer” with a massive citizen response that helps request more research. At the hand of the club of atlestimo “Friends of Pepe Serrano” today presented the poster of the march scheduled for October 27. But it is a whole month dedicated to preventive awareness about cancer that has more calendar in Tarifa.

Coinciding with the month of October, dedicated to breast cancer, the delegation of Tarragona redoubled efforts with outstanding appointments in which its seeks the involvement of everyone.
One of them, the already massive “March against cancer”. It will be October 27 and the T-shirt reservation is already underway in a long list of local shops. The idea is to make social support visible, as the 2019 campaign says, “Face it” for those affected and ask that the investigation not be stopped.

In the organization of the “Pink March” a fundamental ally is the “Amigos de Pepe Serrano” athletics club. His spokesman, Juan Antonio Benítez recalled that it is a closed circuit suitable for all participants. Thirty minutes of walking through the historic center of Tarifa to testify to the union with the second cancer with the highest number of diagnoses.

Registration is 3€ donation, and can be made until October 23 at the establishments indicated on the poster. 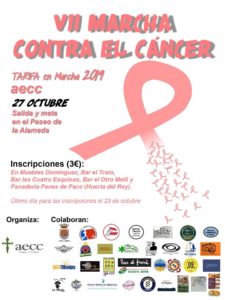