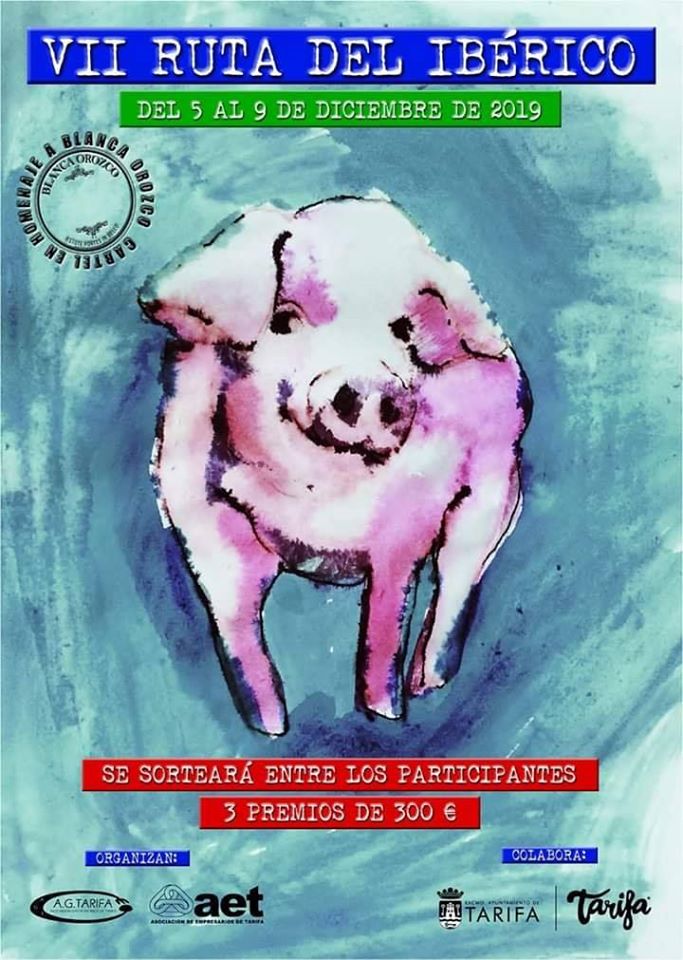 The VII Iberian Route is here to be held from December 5 to 9, 2019, which will draw three prizes of 300€ among all its participants.

25 proposals will be presented to savor different textures and different presentations of various parts of the Iberian pig. It is that it has already been prepared in the kitchens of the participating establishments in the 2019 edition.

Each cap and drink included will have a unit price of 3€. The public that tastes the proposals may participate in the election of the three best tapas of the 2019 edition. The popular jury will also designate a fourth prize for the most “Nice” establishment. As always, the involvement of the public will be rewarded with cash prizes (300€ for each selected one) and a kite initiation course among those who accredit the tasting of at least two tapas for each of the three zones defined by the green, blue colors and red.

In addition, those who certify their passage through the 25 establishments will choose as a novelty the draw for a weekend at the Hotel Los Lances and a dinner at the Bibo Tarifa. On the other hand, a professional jury will also choose the three best tapas of 2019 and will give a fourth recognition to the best “flavor”.

On the other hand, from the Tourism area and the Culture area, a free and parallel agenda to the route has been programmed.

This agenda will have open doors at Guzmán Castle on December 7 and 8. At 12:00 a guided tour is planned.

This year the route is better than ever, you can’t miss it!