The White Night of Tarifa 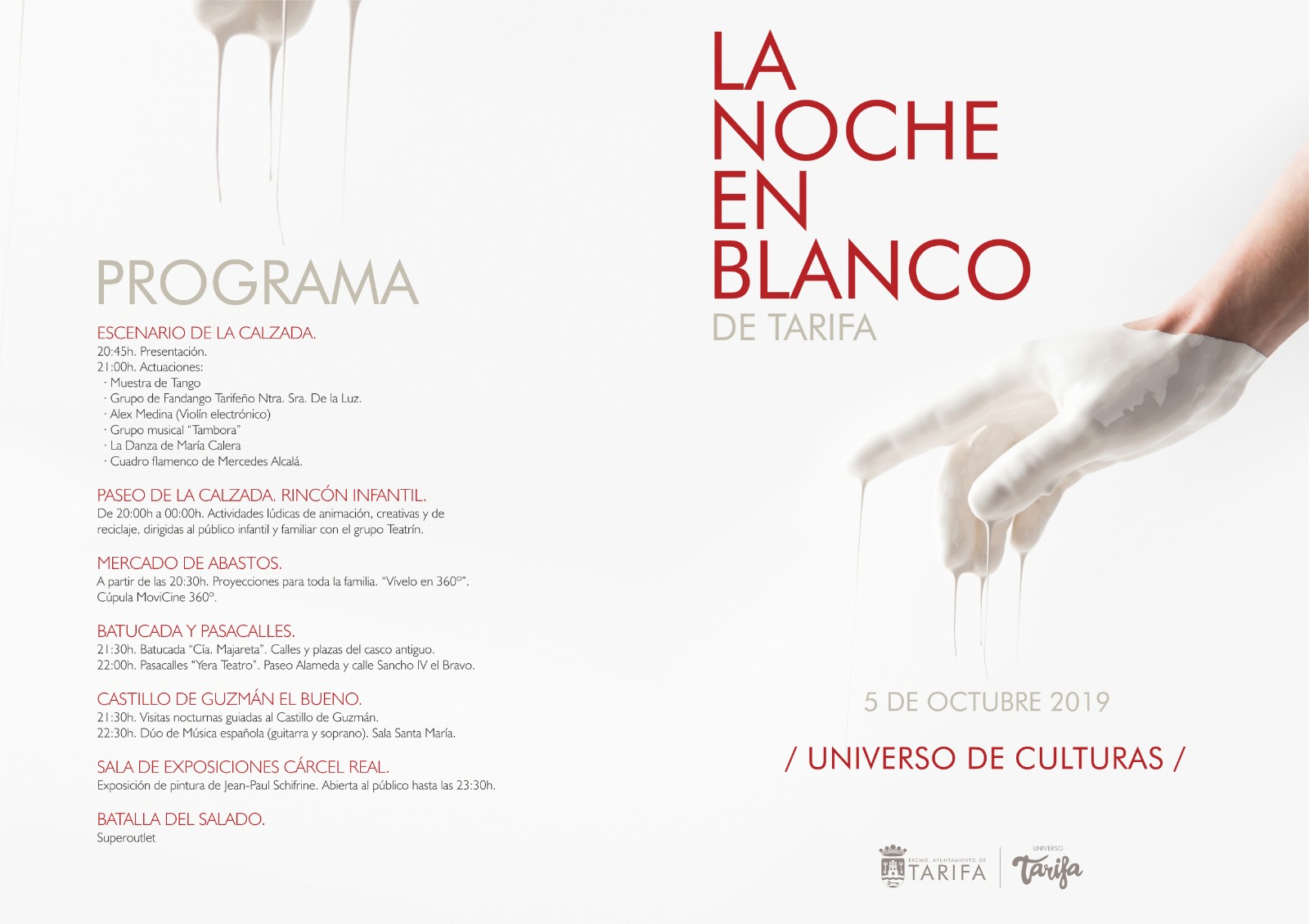 Almost five continuous hours of cultural offer in six parallel stages in a night of culture and art accessible to all, including the family audience. It is what promises the “White Night” scheduled for October 5, and presented today with the monumental and artistic heritage and the work of local interpreters and groups as the driving axis. Music, dance, cinema, art, workshops and guided tours add attractions to share a blank night in streets and squares.

The agenda for the next White Night was presented this morning with the participation of a good part of the staff of the municipal area of ​​Culture that has worked on its preparation.

It is a cultural and artistic programming, mirror of the creative synergy that generates a representative cast of local groups and interpreters. In this line in one of the six parallel stages of the White Night of 2019, that of the Calzada, there will be samples of tango, of folklore tarife by the fan group Our Lady of Light, the dance of María Calera, the Flemish painting by Mercedes Alcalá, the electronic violin of Alex Medina and the musical group “Tambora”.

Another common thread will be the heritage and artistic. From half past nine at night it will be possible to tour Guzmán Castle with a guided tour that will end in the Santa María Hall with guitar and soprano music.
The Councilor for Culture, Francisco Terán highlighted the gratuity of each of the proposals in a purely cultural agenda that also makes a nod to the family audience.

And it is that spaces like the Central Market of Supplies will house a “dome of MovCine” with projections for viewing in 360 degrees. Family activities gain space in this edition that also reserves the stage for the “Children’s Corner”. On Sancho IV el Bravo street, between 20 and 00:00 there will be entertainment activities and creative and recycling workshops by the Teatrín group.
Throughout the historic center, the public will also meet with the “Majareta Company” baton from 21:30, and the “Yera Theater” parade that will fill points such as the Alameda and La Calzada promenade with its new assembly (22:00).

Together with the councilor of the area, the mayor of Tarifa, Francisco Ruiz has highlighted the intense work of Culture to bring together a diverse agenda that serves the interest of different audiences.

Ruiz Giráldez has stressed that cultural activity and production are another attraction in the tourist offer of Tarifa. Along these lines, free access to spaces and cultural offer in the middle of the street is intended to contribute to the seasonal adjustment of tourism.

White Night is also art. In the Royal Prison at night, until 23:30 you can visit an exhibition with the delicate watercolors of Jean-Paul Schifrine that repeats presence in the room.

In addition this edition of 2019 wants to give a special memory to the memory of the missing artist Blanca Orozco. The municipal delegate of Culture recalled the implication of the missing painter in different editions of this same event and her involvement in general with the promotion of cultural and artistic production.

On the other hand, the Culture area has also wanted to renew the event’s own announcing image. In the poster presented today a hand impregnated and dripping in white paint invited to draw a night of culture and artistic attractions.

Coinciding with the White Night in Tarifa, in Batalla del Salado, the traditional outdoor market will be held in late summer. A seventh stage for White Night on October 5. 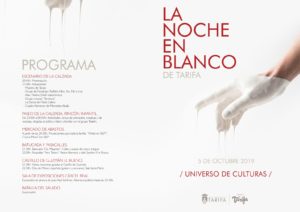