The Girls of Cádiz: “Lysístrata” 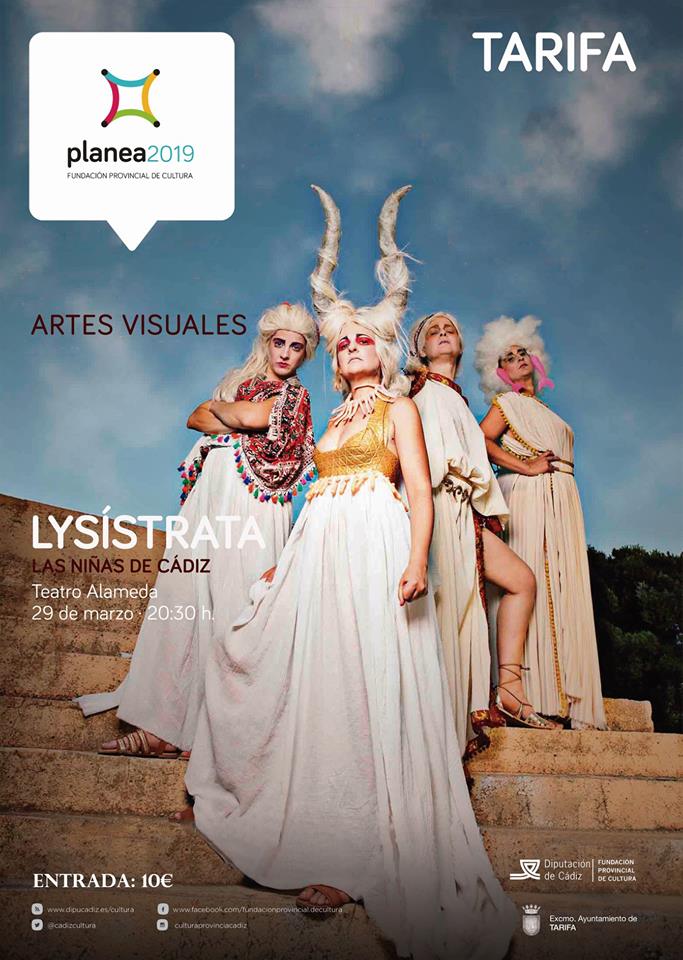 The Girls of Cádiz returns to the Alameda theater with the comedy “Lysistrata”.
The theater company formerly known as the “Chirigóticas” brings to Tarifa a reinterpretation of Aristophanes’ classic.

Humor, music, irreverence, carnival, passion, freedom. That is the proposal of the Girls of Cádiz for one of the universal classics of the universal scene, “Lysistrata” by Aristophanes that reinterprets from their own point of view, without prejudice and full of enthusiasm.

The proposal arrives on Friday, March 29, at the Alameda theater, at 20:30, at the hand of the “Planea 2019” cultural program of the Cádiz Deputation and the City Council of Tarifa.

“2,400 years ago the world was at war. Today, so long after, the world is still at war. The human being does not learn. Surprising and sad to find texts like LYSÍSTRATA, where we find the same vices, the same hatreds, the same arrogance, the same lament of the weak. Perhaps it is because we have never decided to carry out the plan of the protagonists of this story: a sex strike that will not end until men sign peace. “It is the attractive synopsis of the cultural offer.

The advance sale of tickets is underway at the Casa de la Cultura and at the Tourist Office of Paseo de la Alameda, at a price of 10€.