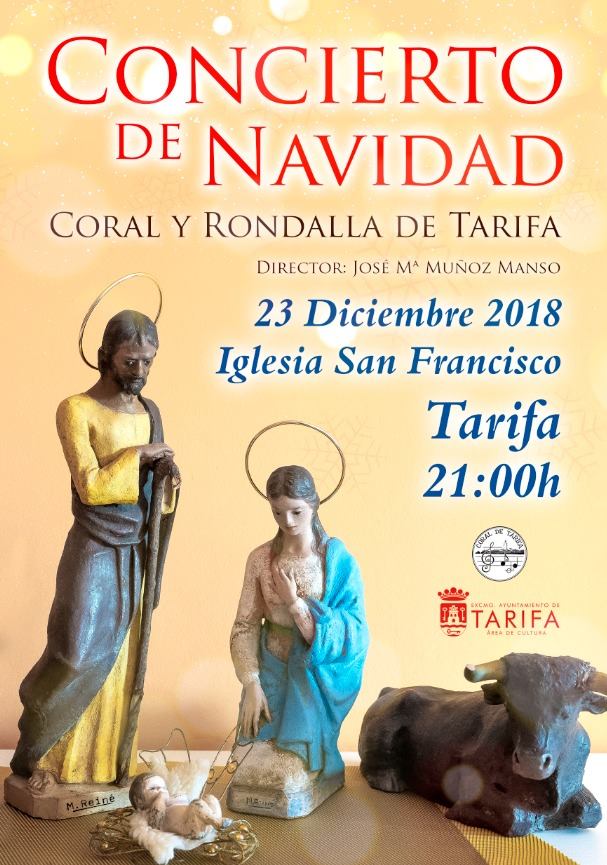 It will be in San Francisco, in a flamenco way. Minors can enjoy during today and until Sunday the Christmas town in Cinco de Oros

The Coral and Rondalla de Tarifa returns, traditional to its Christmas concert. One expected for this Sunday, December 23, starting at nine o’clock in the evening in San Francisco, with free admission.
There is a common reference that unites the nearly 12 themes foreseen in the repertoire. They have been grouped by the Choir for their flamenco resonances in the first monographic concert as such.
In the polyphonic voices and in the instruments of the Rondalla, the public will be able to see flamenco carols popularized by cantaores such as Paquera de Jerez and the song “Fleeing from King Herod”; or the “Aurora” of Pepe Marchena.
Also the melody of the fandango tarifeño will be present at a concert of the Choir that has always looked at flamenco but this time it is recreated with a whole monograph.
The appointment, with free admission is Sunday, December 23, starting at nine o’clock at night.
CHILDREN’S AGENDA
For children, the attention will be on Cinco de Oros. From today until Sunday it will be the headquarters of a Christmas village.
Four inflatable Christmas castles and craft workshops await everyone who wants to approach, from 4:00 p.m. to 9:00 p.m. Learn how to make Christmas cards; Make Christmas trees in EVA rubber or shape a snowman with flour. Of all this will go the workshops of the Christmas town of Cinco de Oros.
In addition there will settle the house of Santa Claus who receives daily visits and requests from the youngest. Also at seven there will be artificial snowfall.
COUNTRYSIDE
But this weekend, the Christmas references will be many. The local entity of Facinas is preparing to live its Living Bethlehem from tomorrow Saturday. From 11 o’clock in the morning in the municipal booth will not lack the incentives of a Belém careful to detail.
At 5.30 pm Santa Claus is expected to come by to pick up the letters from the students, and around 7:00 pm, the Divina Pastora choir will liven up the evening.
Also in Tahivilla there will be flamenco zambomba, buñuelada and hot chocolate. It is announced for tomorrow afternoon Saturday, starting at five in the afternoon. On Sunday, from 1:00 p.m., the zambomba of “Los Heredia por Navidad” is expected, also at the Municipal House.
Of course, if you want to taste the traditional Christmas candy, another interesting scenario is in the Zarzuela. The rural town celebrates its IX Buñuelada tomorrow Saturday, in the municipal booth starting at five thirty in the afternoon. The appointment will also include the actions planned in the zambomba.