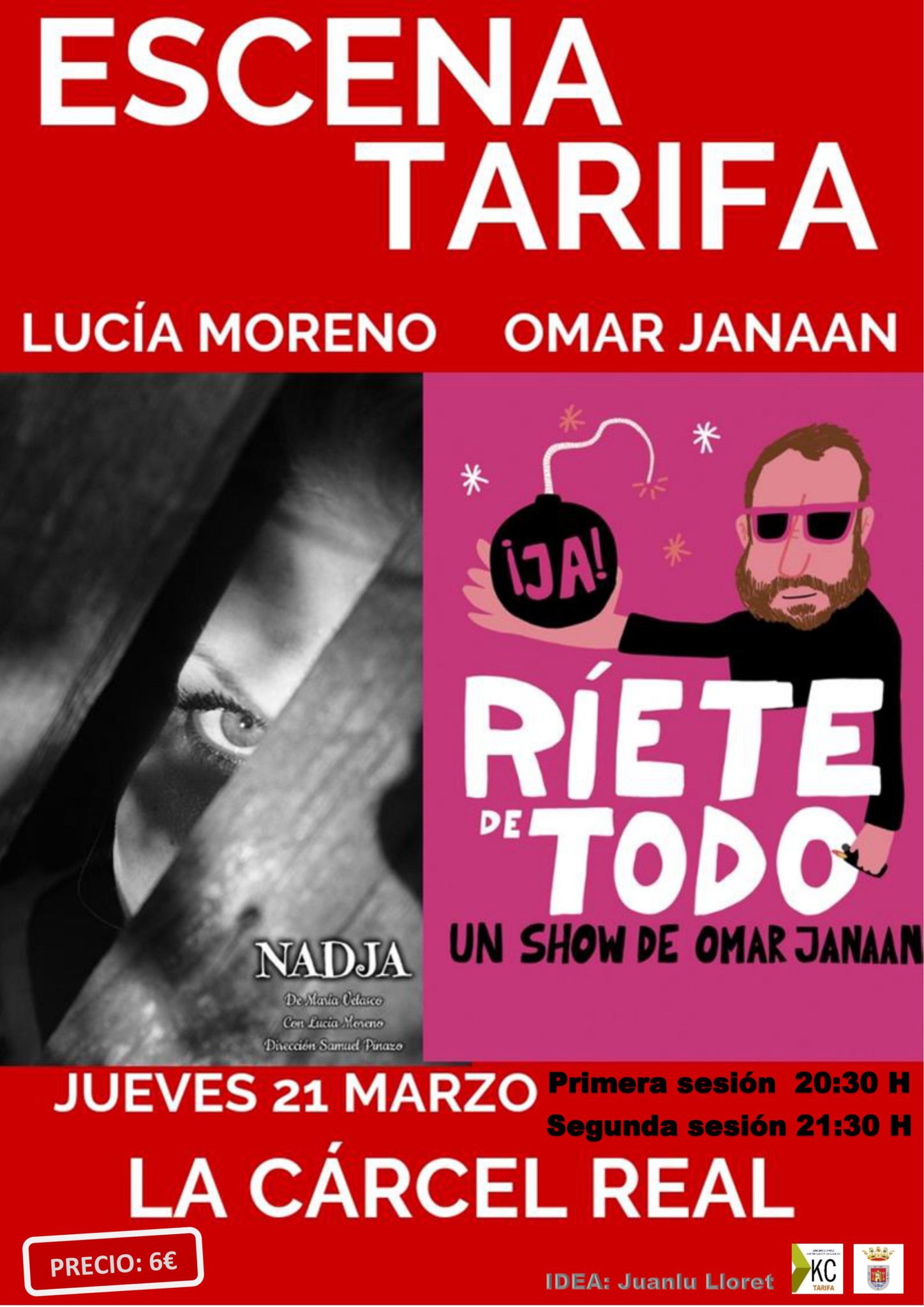 This Thursday at the Royal Prison two premieres, “Laugh of EVERYTHING” and “Nadja”.

The Burgos-born playwright María Velasco, winner of the Max Aub of Teatro de los Premios Ciutat de València in 2017, presents us ‘Nadja’, directed by Samuel Pinazo and with Lucía Moreno as an actress. This work invites us to decide if it is before the madness or before an unrealizable desire for freedom, and does so starting from the autobiographical novel written by André Breton in 1928. Do you hear the myth of female hysteria? Nadja was a real personality of the Paris of the vanguards, although many consider her immortal. Crazy or lucid? Decide you.

Laugh of EVERYTHING is a humor show where monologue and stage performance go hand in hand to generate laughter. Can you laugh at everything? The humorist Omar Janaan says YES. ALL LAUGHTER YES.

Omar Janaan (Marbella, 1988). Of continuous self-taught training, he has managed to deceive the world of adults by making them believe that drawing and saying nonsense is not just a child’s thing. Always sharpening the pencil and the ingenuity, he tries to portray with his viñetuelas, his drawings and his texts the most tender and black side of the society. His continuous interest in humor in all its aspects has led him to a theoretical analysis of the environment in which he dissects this important facet of the human being and which he uses to be able to capture in a work always in constant evolution. Both his life and his work operate in two common axes: humor and creativity.

By the hand Juanlu Lloret, KCTarifa and the Area of ​​Culture and Education of the City of Tarifa, on March 21 we will have the opportunity to enjoy two new works, in first session at 20:30 and at 21:30 in second session.

Do not get lost, this Thursday at the Royal Prison, the best microtheatre!