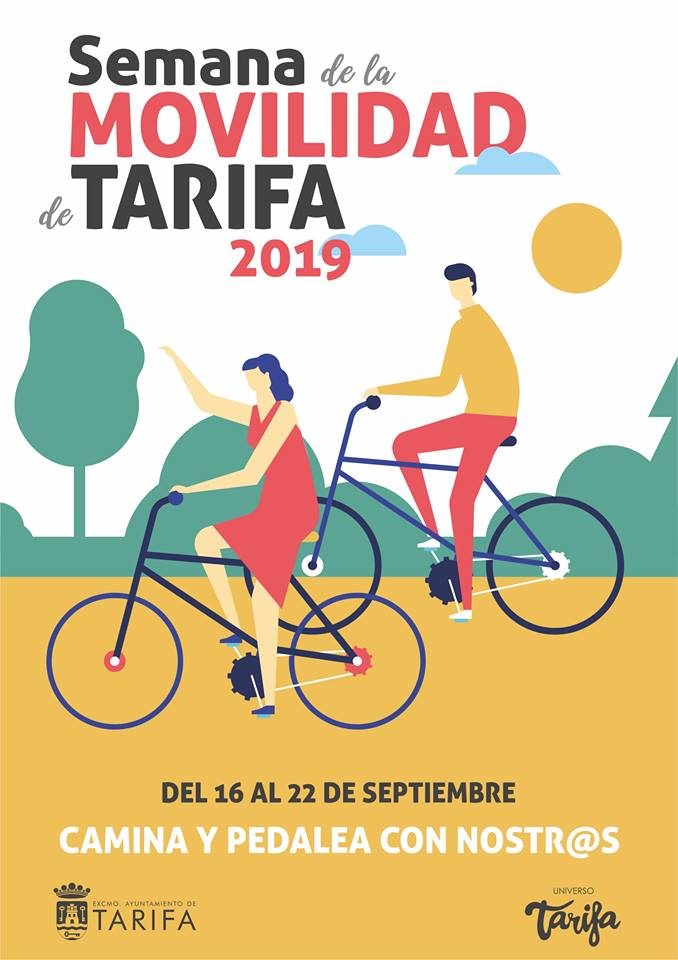 SCHOOL WORKSHOP ON THE BICYCLE, AND HIKING ROUTE ON THE MOBILITY WEEK
The club “Quercus” and the collective “Tarifa BMX” participate in an agenda that promotes sustainable transport

School workshops on the use of the bicycle as a means of transport by specific lanes, hiking route and limitations on the circulation of vehicles include the programming of the European Week of Sustainable Mobility in Tarifa. The planned agenda has the involvement of the sports group “BMX Rate” and the mountaineering club “Quercus” and will continue on September 19, 20 and 22. The areas of Environment, Education and Tourism of the City of Tarifa boost the initiative.

Cycling
With the direct involvement of the sports association “Tarifa BMX” and the primary schools, the Education and Environment area wants to make pedagogy of the safe use of the lane that runs through part of the urban area. Under the general motto “Pedalea y walks con nosotros”, the City Council of Tarifa joins an international week that emphasizes travel on foot and by bicycle.
It is thus proposed to schoolchildren to wear the bicycle and protective helmet on the school day tomorrow, Thursday, September 19. Specifically, the initiative is scheduled for fifth and sixth grade Primary school students.
In the company of their tutors, they will follow a route guided by members of the “BMX Rate” collective to revalue the use of the bike lane. The day will end in the “pump track” circuit with an exhibition of the most playful options that this means of transport has. Rea Fraser of “BMX Rate” explained that monitors linked to the “BMX Rate” team will explain how to safely practice this modality. It is thus to encourage the safe use of the bicycle.

Hiking for Friday
For Friday, September 20, through the mountain club “Quercus”, a tourist hiking route is proposed along the Colada de la Costa. The meeting point to join this free proposal is the Paseo de la Alameda, in front of the Tourist Office, at nine in the morning.
The route designed for all audiences provides for about three hours on the way (round trip) starting at the docks of the Isla de las Palomas and landscape interpretation by the members of the “Quercus” collective. This was highlighted by Juan Antonio Valdés who encouraged rediscovering Tarifa on foot. Those interested in participating can go to the meeting point – Paseo de La Alameda- on Friday, at 9.00.

Sunday, fewer cars
In addition, the City Council of Tarifa will urge the parking of the private vehicle. During the day of Sunday, September 22, the limitation to the circulation of cars through the streets Mayor Juan Núñez, Sancho IV el Bravo and Batalla del Salado is expected. In this way, the general objectives of the event, The city, Without a car!

Since its inception in 1999, the European Mobility Week has already become an initiative covered by many local and supramunicipal administrations. It seeks to sensitize public managers and citizens in general about the negative consequences of the irrational use of the vehicle in urban displacements.

The challenge is to promote more sustainable transport such as public transport, bicycle or travel on foot.