Talk and presentation of the book “Errant Women” 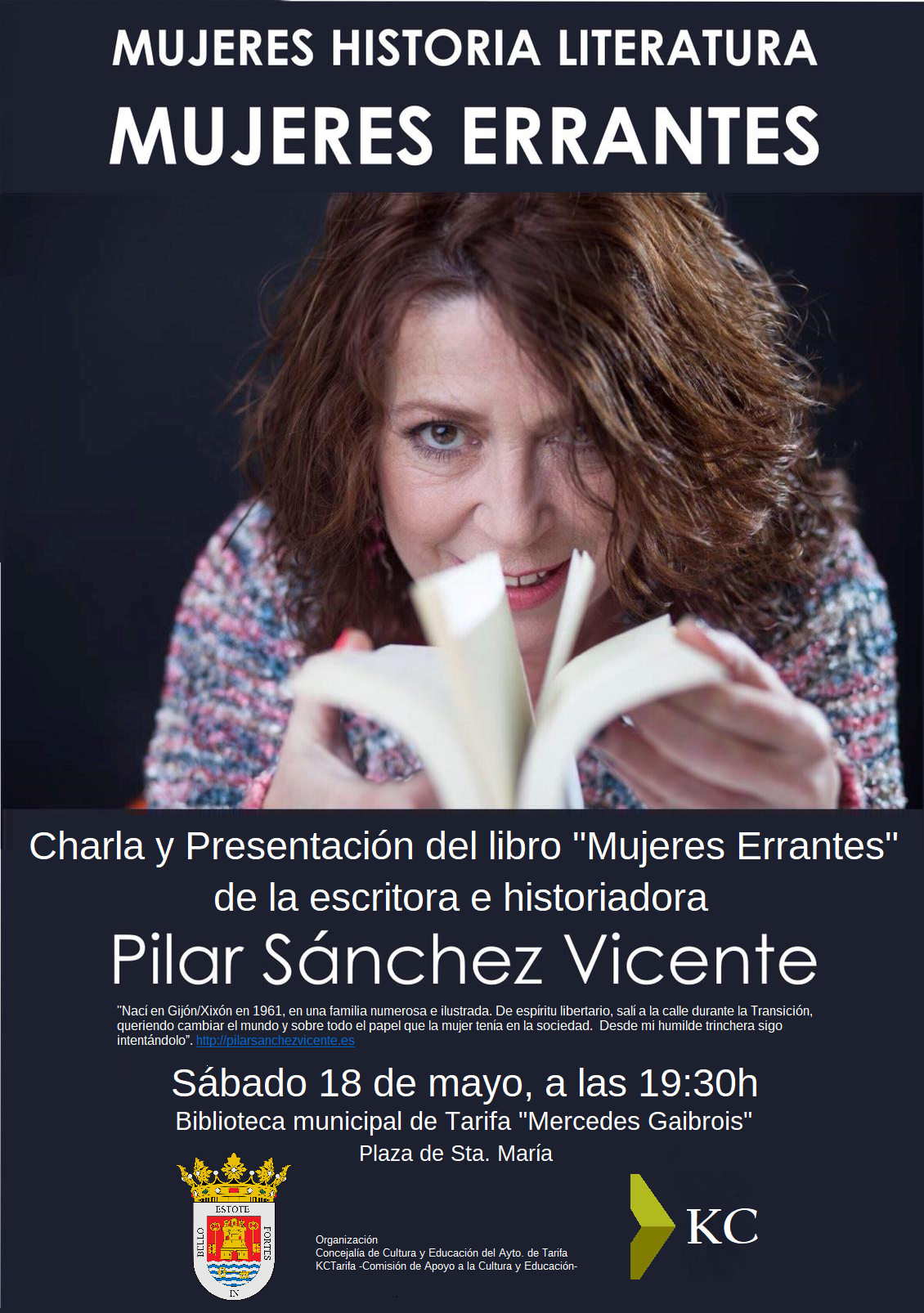 We are in luck, since the Asturian writer and historian, Pilar Sánchez Vicente, agreed to give a talk in Tarifa about “Women, History and Literature” and present her Bestseller “Errant Women” (A self-destructive writer, a traveling fisher and an emigrant without scruples Three women united by a common thread: the flight forward, without fear, without direction, without restraint).

Let’s explain their own words: “I was born in Gijón, in a large and polished family, with a libertarian spirit, I took to the streets during the Transition, wanting to change the world and especially the role that women played in society. humble trench I keep trying ”

Pilar is a historian (Brief history of Asturias (1986), documentalist and writer.) Archivist at the Superior Court of Justice of Asturias, former president of the Professional Association of Information Specialists (APEI), as well as scriptwriter and presenter of several programs on TVE- Asturias and the international channel of TVE.