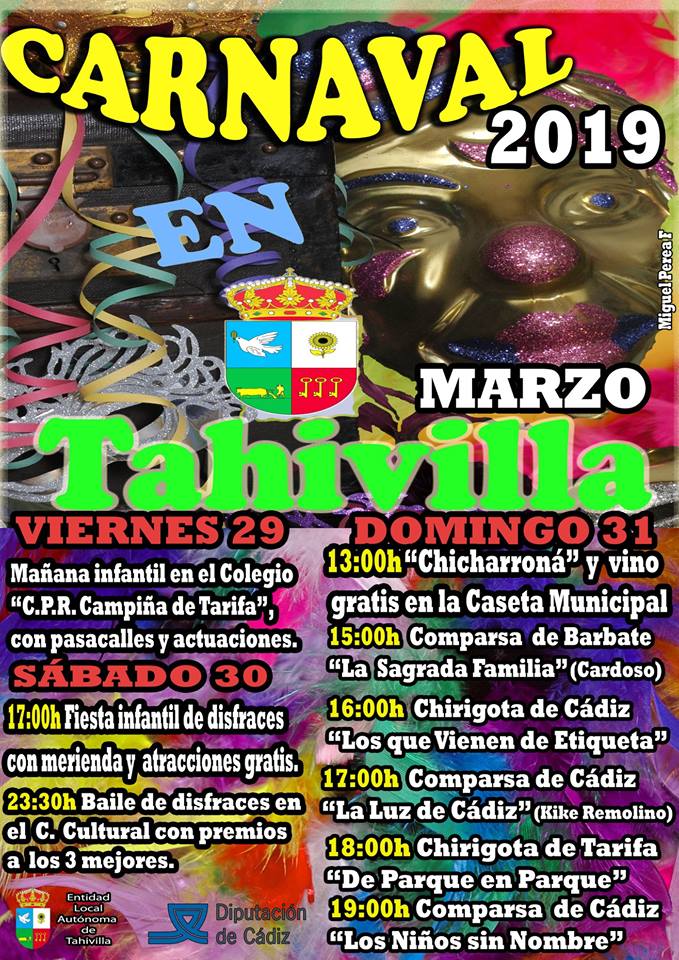 The countryside closes the carnival season with a party in Tahivilla next weekend, from March 29 to 31.

Schoolchildren of the CEIP “Campiña de Tarifa” open agenda tomorrow Friday. School parades and performances inaugurate a Carnival party that captures the attention of the weekend in Tahivilla.
For Saturday 30, starting at 17:00, the children will continue to be the protagonists in the children’s costume party, with free snacks and attractions for all attendees.
From 23:30, the Cultural Center of Tahivilla will host the traditional costume dance with prizes for the three best characterizations.

On Sunday the party will begin at 13:00 with the popular chicharroná in the municipal booth that will be watered with good wine.
After lunch, around 15:00 the performance of the Barbate troupe “La Sagrada Familia” is scheduled, then, at 16:00, the chirigota from Cádiz “Los que de etiquea” and at 17:00 by Kike Remolino “La luz de Cádiz”.

In a local key, and from 18:00, those gathered in the Municipal Caseta of Tahivilla can enjoy the performance of the chirigota of Tarifa “Park in park” by Fernando Mesa and Eduardo Valencia.

To put the finishing touch to the last day of the festivities, the members of the Cádiz-born “Los Niños Sin Nombre” troupe will arrive on stage, starting at 19:00.

In the official poster of the carnival you can also see itinerary of events planned for the weekend.