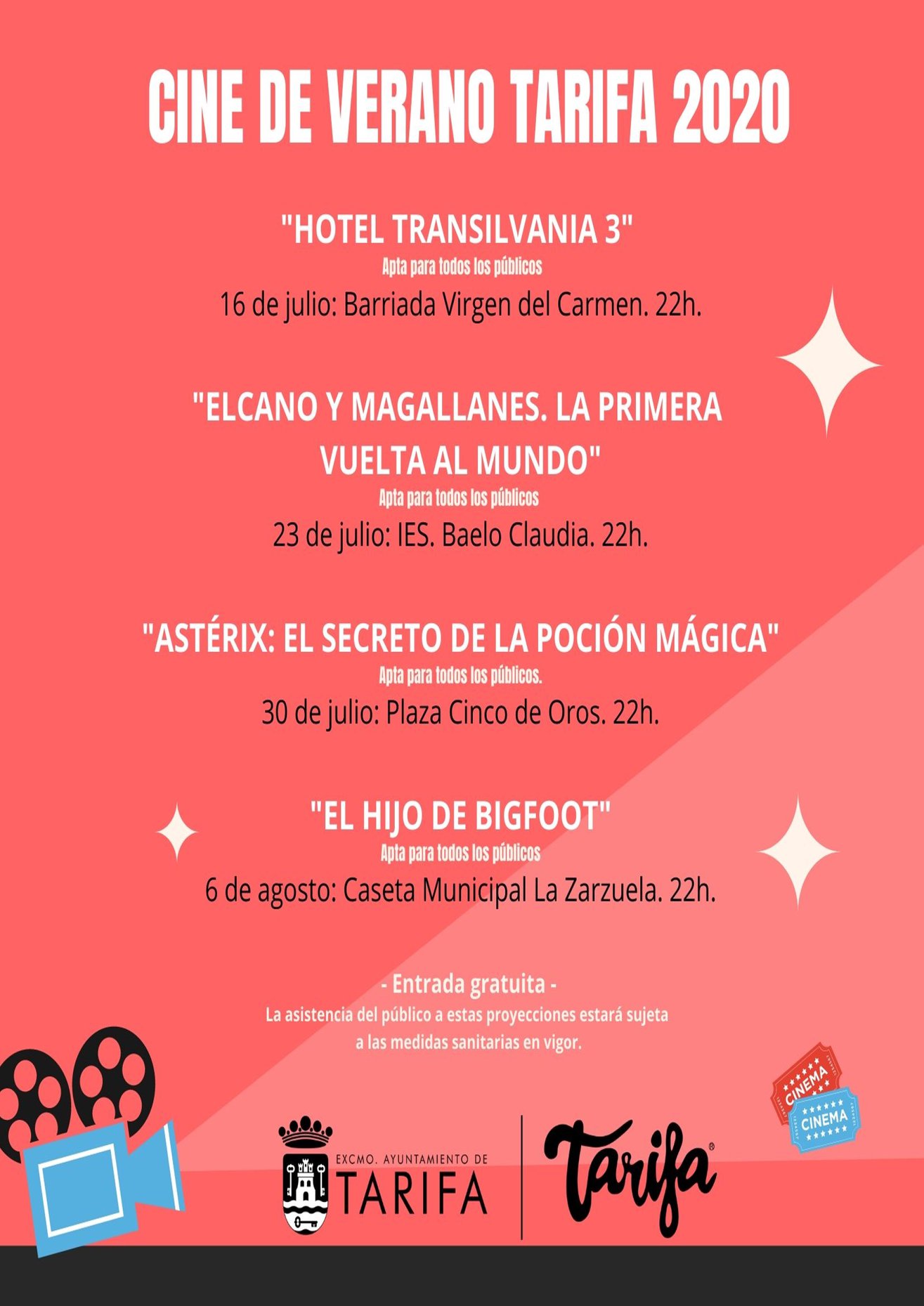 The project starts with the screening, at 10pm, of the animated film “Hotel Transylvania 3”

The programming of the first summer cinema in Tarifa is already underway. The first appointment will be on July 16, in the Virgen del Carmen neighborhood with the screening, starting at 10 am. of the night of the third installment of the animated film “Hotel Transylvania”.

The traveling cinema will visit different locations outdoors, as included in the calendar presented today. IES Baelo Claudia, Plaza Cinco de Oros are some of these open spaces. It will also come to Zarzuela with the children’s audience as the preferred recipient, that is, making a nod to the cartoons.

The local government appealed today to the collaboration of all to comply with the sanitary measures recommended in its development, that is, maximum capacity, social distance and mask. These are currently essential requirements for children and adults to enjoy cinema on the big screen and outdoors.

The specific calendar presented by the Mayor of Tarifa, Francisco Ruiz, and the delegate councilor for Culture, Francisco Terán, includes projections for every Thursday in July and early August, at ten o’clock at night.

The Virgen del Carmen neighborhood will be the first to host this initiative on July 16 with the screening of “Hotel Transylvania 3”. The next stop will be at IES Baelo Claudia on July 23 with “Elcano y Magallanes. The first round the world ”. “Asterix, the secret of the magic potion” will be in Cinco de Oros on July 30. Finally, in La Zarzuela the projection of “The son of Bigfoot” is scheduled for August 6.

The summer cinema, with equipment acquired through the Cádiz Provincial Council’s Invert Plan, joins the municipal offer of entertainment and leisure.

The premiere poster starring the cartoons wants to be a recognition of the exceptional behavior that the children of Tarifa have had during the confinement.

The City Council of Tarifa enthusiastically promotes the launch of this free and open-air initiative. The government reiterates that it is extremely important to avail of current security measures.

The launch of the summer cinema brings together the collaboration of the areas of Culture, Works and Services, Police and Coexistence, as well as the local group of Civil Protection.