Recovery of the assets of the Campo de Gibraltar 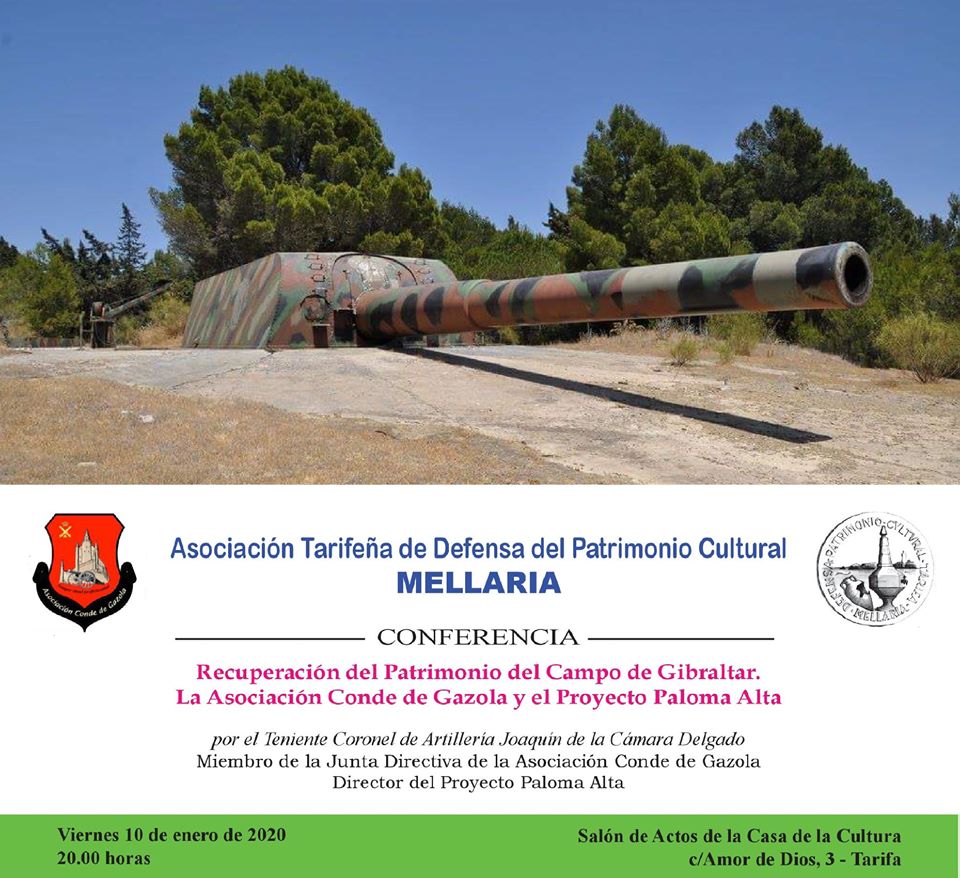 Mellaria will present next Friday, January 10, at the House of Culture, the project of the association “Count of Gazola” that aspires to reconvert the old battery of Paloma Alta coast in a cultural park. The appointment open to the public is scheduled for 20:00 and will feature the participation of artillery lieutenant colonel Joaquin de la Cámara who will talk about heritage recovery in the Campo de Gibraltar.

Friday’s conference will discuss the extensive historical heritage of the Campo de Gibraltar, and specifically the settlements and fortifications that dot its coast, a sample of the evolution of the multiple civilizations that have populated our geography.

The lieutenant colonel, Joaquín de la Cámara, a member of the “Conde de Gazola” collective will present the basic lines of the project that he wants to make the old military installations of Paloma Alta a Cultural Center with museum areas, research classrooms and Interpretation center. All this taking as reference the three old “Vickers 381” cannons that are preserved in the area. Considered by military experts as an engineering prodigy of the 1920s, Tarifa had three active units in the Paloma Alta coast battery to protect the strategic area of ​​the Strait of Gibraltar between the 40s of the last century and 2008.

Mellaria thus brings to Tarifa the initiative of a collective that is seeking support from the Ministry of Defense, the Junta de Andalucía, Universities and the business initiative to relaunch the enhancement of the site as a historical example of the Strait fortification system.

There are concrete examples of recovery and enhancement of these canyons in old facilities, recovered as parks in the area of ​​La Coruña, Cartagena or Menorca.