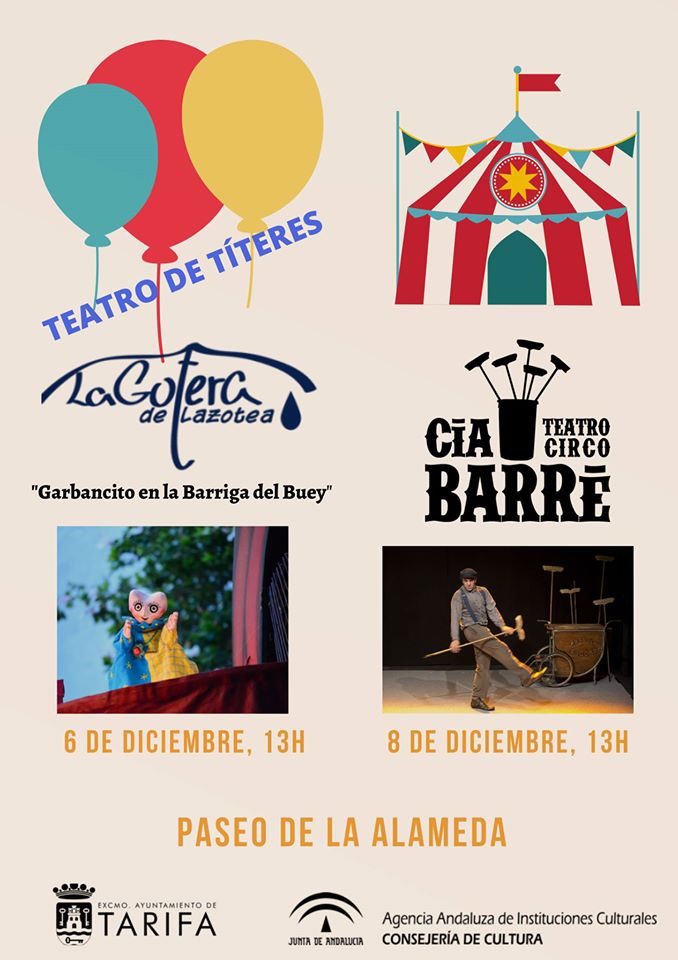 THE PUPPET THEATER AND THE CIRCUS MIMIC, ATTRACTIONS FOR THE SMALL BRIDGE FESTIVAL
Through ENREDATE, Cultura programs shows for the family audience on December 6 and 8

The little ones can enjoy on the next festive bridge more than one show. Hand in hand with the Culture Department of the City Council and through the Andalusian Network of Public Theaters, ENRÉDATE, two sessions of puppet theater and clown arrive at the Alameda.

The first will be Friday, December 6, starting at 13:00. With free admission, young and old can follow the story of “Garbancito in the belly of the ox”. A work of the group La Gotera de Lazotea.

It is the story of a storyteller who is forced to sell goodies in order to attract the public. One of his favorite stories is that of Garbancito. The answers to what could have happened inside the belly of the ox, has an accomplice cowgirl.

The puppet theater of a lifetime comes to Alameda, with free admission this Friday, December 6, a festive day from 13:00.

It is not the only proposal for the younger audience. Also on Sunday, December 8, at 1:00 p.m., the Barré Company with Javier García “Mimo” will be at the Alameda with a staging that adds humor and keys to mime and world cinema to bring the circus closer to everyday life .

Both proposals were initially intended for representation on the Alameda promenade, but given the risk of adverse weather, they will finally be held inside the Alameda theater, with free admission.