Presentation of the book “Extinct fauna of the province of Cádiz” 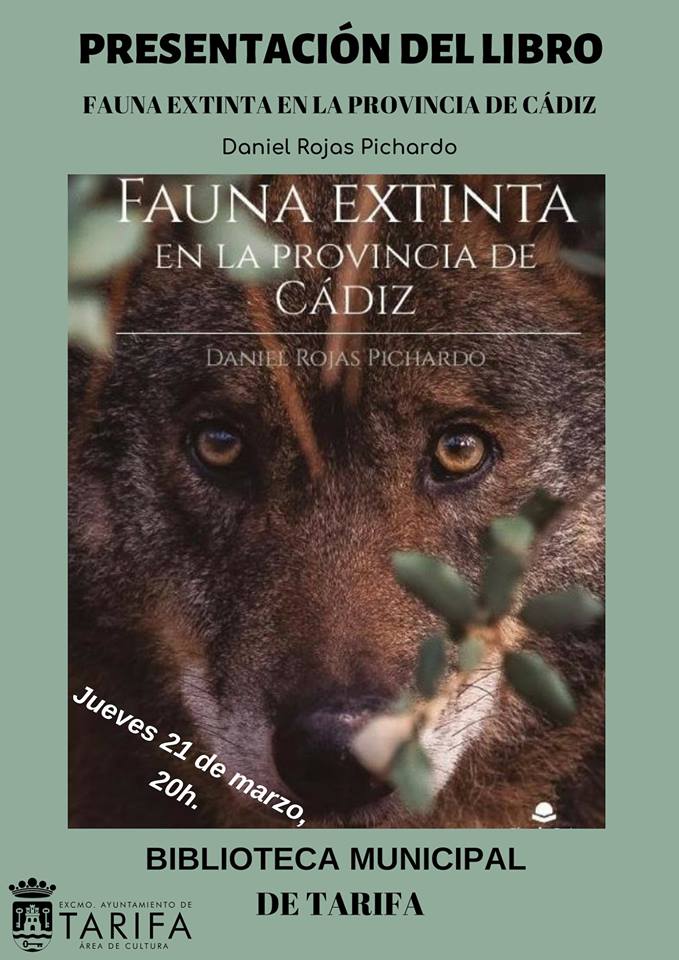 The writer Daniel Rojas Pichardo has launched again to the publication of a work that adds enigma and amazement for the nature closer and its mysteries.

This time he has researched the fauna that populated the province of Cádiz in a catalog that includes today fragile species, such as lynxes and lammergeiers, and others that have definitely disappeared, such as elephants, rhinoceroses and hippos. Thousands of years ago they were common in the area as indicated by fossil records.

The work “Extinct Fauna in the province of Cádiz” is spoken by all of this, which Daniel Rojas Pichardo himself will present next Thursday, March 21, at 20:00 in the Library. An invitation expresses to know the biodiversity of the area by a passionate about the natural world and its mysteries. The appointment is with free entry.