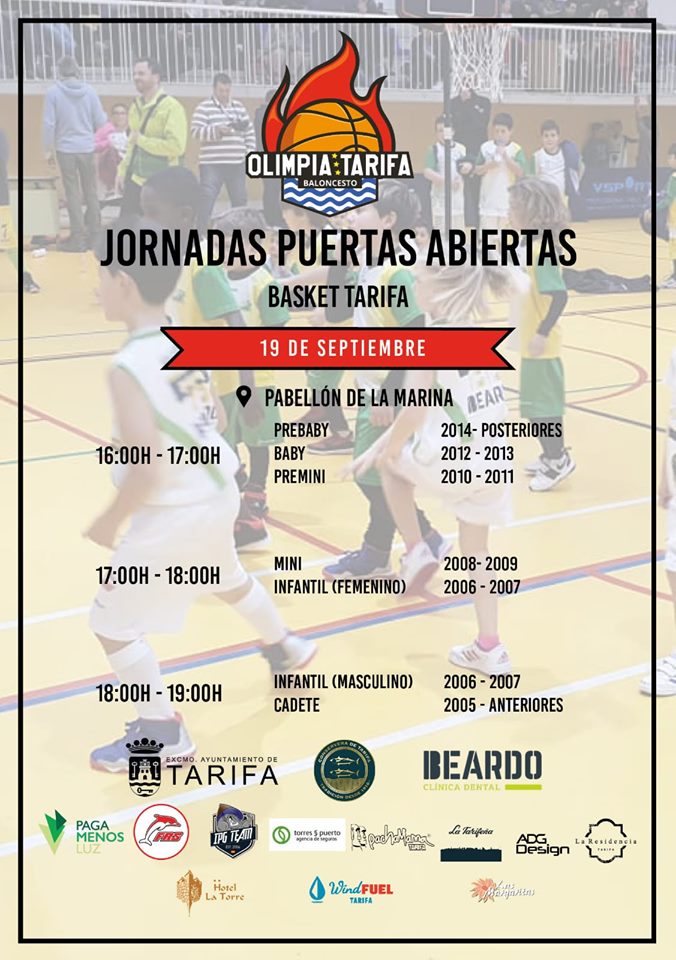 OPENED DOORS IN THE “OLIMPIA” ON SEPTEMBER 19

It is still traditional. In the covered pavilion of the Marina, coinciding with the start of the season, the OLIMPIA basketball club organizes an open day for all interested parties who want to know what basketball learning is about.

It is planned for September 19, Thursday and there is a whole calendar according to the age of schoolchildren interested in trying basketball and knowing the dynamics of the classroom.