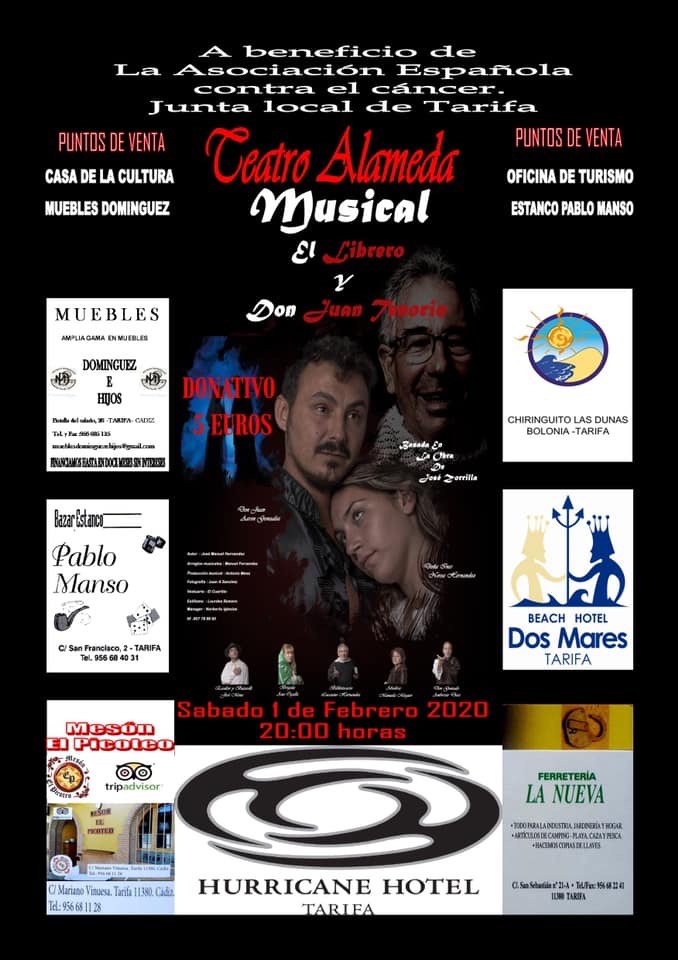 The romantic drama of “Don Juan Tenorio” by José Zorilla is the plot of the proposal that arrives at the Alameda theater this weekend.

The tribulations of Doña Inés and the throw of Tenorio serve as inspiration in a musical that recreates the history of playwright Valladolid.

Based on the original text, the drama becomes musical with up to eleven songs composed by the musician José Manuel Hernández.

The show arrives in Tarifa this Saturday, in collaboration with the Culture Department and for the benefit of the delegation of the Spanish Association Against Cancer.

The previous sale of tickets at 5 euros is still underway at points such as the House of Culture, the Tourist Office, the Estanco Pablo Manso and the Dominguez Furniture.