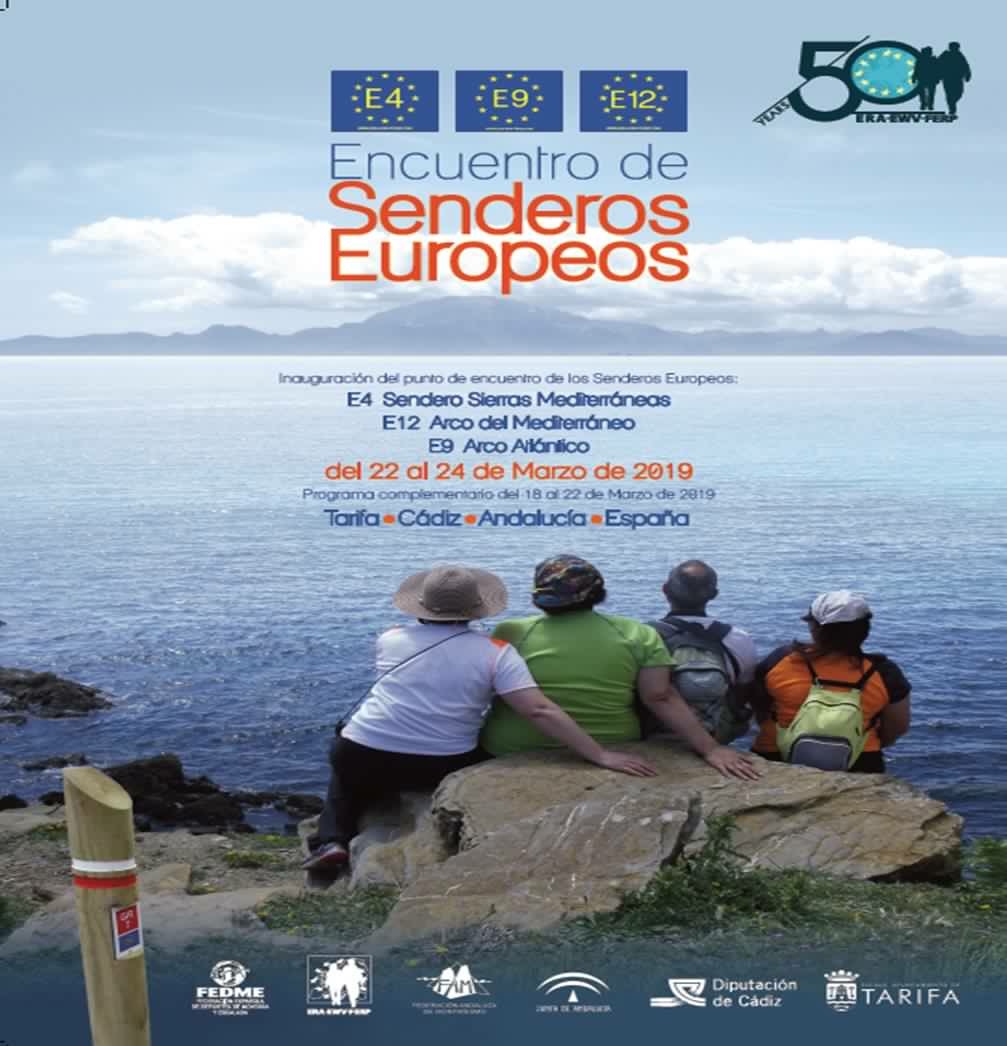 The Andalusian Mountaineering Federation (FAM), the Spanish Federation of Mountain Sports and Climbing (FEDME), and the Provincial Council of Cádiz together with the City Council of Tarifa organize this event coinciding with the celebration of the 50th Anniversary of the European Ramblers Association (ERA).

The European Trails, promoted by the ERA, are long-distance routes designed to travel the European continent by walking.

The Province of Cádiz is crossed by three European Paths that converge in Tarifa (E 12 – Mediterranean Arch, E 9 – Atlantic Arch, E 4 – Mediterranean Mountain ranges). To spread them and put them in value, this meeting is organized with a program that includes guided routes for each one of them. You may already know them but surely in the light of the experts who will meet in Tarifa next March, you discover something new.