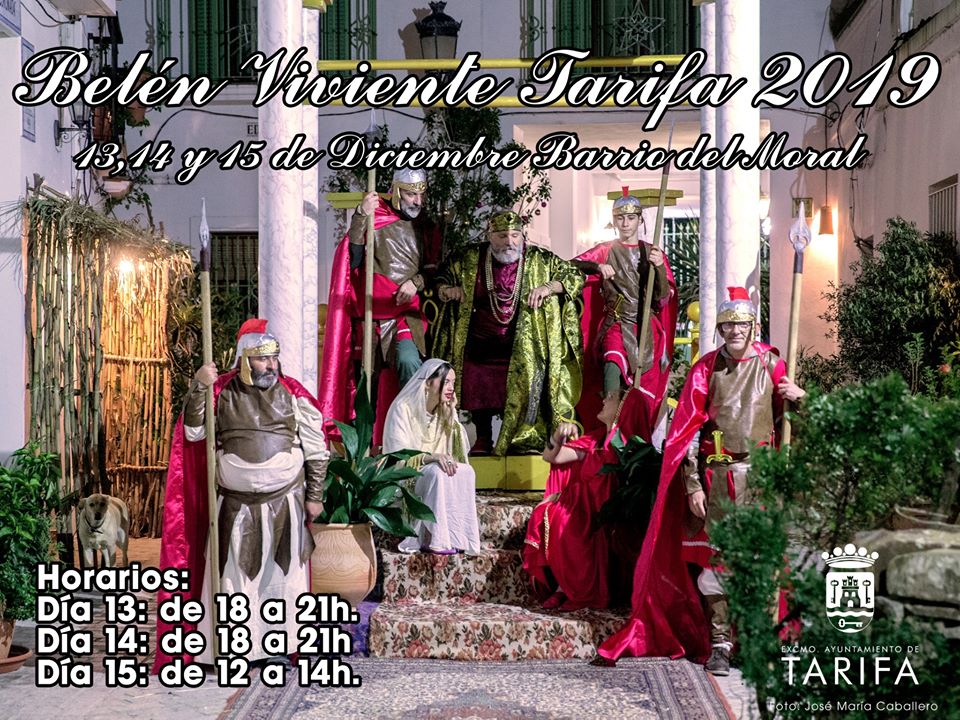 A PHOTOGRAPH OF JOSÉ MARÍA CABALLERO SHOWS THE LIVING BELEN POSTER 2019.
The event will be held on December 13, 14 and 15 in a Moral neighborhood transformed for the occasion.

The traditional Living Bethlehem of the Moral neighborhood already has an announcing date and image. A photograph of the tarifeño José María Caballero Márquez announces the event scheduled for December 13, 14 and 15.

Colorful characters of the Living Bethlehem find the best possible framework in the Moral neighborhood: King Herod, on his throne, surrounded by soldiers and his court personnel. All a representative picture of a Bethlehem that aspires to continue attracting the attention of the public. It is the photograph of the tarifeño José María Caballero that already illustrates the Living Bethlehem of 2019.

The Moral neighborhood is transformed to host scenes in neighborhood courtyards, portals and latticework. This time it will be on December 13, 14 and 15 with visiting hours from 18:00 to 21:00, except Sunday, on the 15th with installation in the morning, from 12:00 to 14:00.

The municipal delegation of Fiestas has already begun to schedule pre-Christmas celebrations, including the Living Bethlehem. Once again, popular participation is encouraged, citizens and residents have the opportunity to be part of a show that has adopted a very participatory aspect.