International Day of the Planet Cleaning 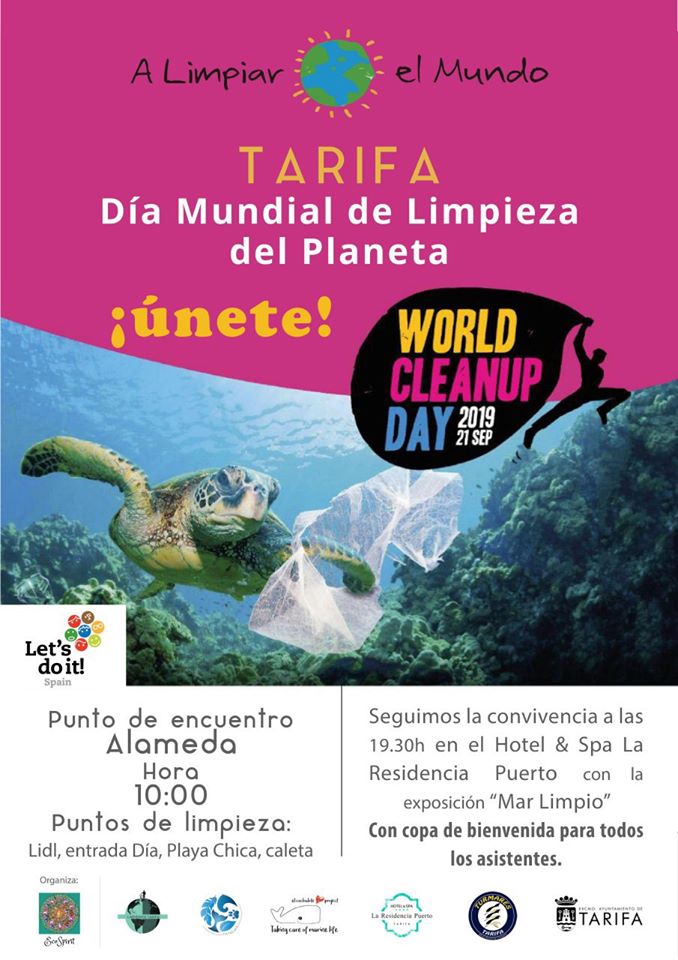 TARIFA RETURNS TO JOIN THE INTERNATIONAL DAY OF THE “CLEANING OF THE PLANET”
EcoSpirit will coordinate the environmental volunteer day on Saturday, September 21 with the collaboration of the City Council

For the fifth year, the “EcoSpirit” collective and the City Council of Tarifa coordinate efforts to propose to the population a day of volunteering and action for the conservation of the environment. This is the annual call of the event “To clean the planet”, a proposal for environmental volunteering that is repeated in international settings around the date of September 15. In Tarifa, from 10:00 a.m. to 2:00 p.m. on Saturday, September 21, the objective is the immediate vicinity of the two roundabouts to access Tarifa, La Caleta and the base of the Santa Catalina hill. They want to clean with everyone’s help.

The meeting point is once again the Paseo de la Alameda. At ten o’clock in the morning all those who want to add some time of their time to the improvement of the planet are mentioned here, says ECOSPIRIT. They know that goal is very big but they also recognize that change begins with small individual gestures. That is why they want to have the maximum number of volunteers interested. They will be distributed among the entrances to the urban center of Tarifa; areas of the LIDL and the MAXI DAY, the beach of La Caleta and the vicinity of the hill of Santa Catalina. Equipped with bags and gloves, they are invited to remove the waste they find.

In coordination with the areas of Environment and Cleaning, the collected garbage will be deposited at specific points for later transfer by the municipal service personnel.

EcoSpirit knows that it is a small but necessary gesture, as far as it implies awareness. Collectives and neighbors of Tarifa are thus called to lead the social action for the cleanliness of the planet. This is the movement that around September 15 have created groups and individuals to draw attention to waste management and garbage generation. It is presented as the largest international social mobilization around the cleaning of natural environments.

The appointment is next Saturday, September 21, with a meeting point on the Paseo de La Alameda from ten in the morning. The volunteer day will be finished at 7:30 pm with a meeting at the Hotel SPA Residence that hosts the exhibition “Clean Sea”.