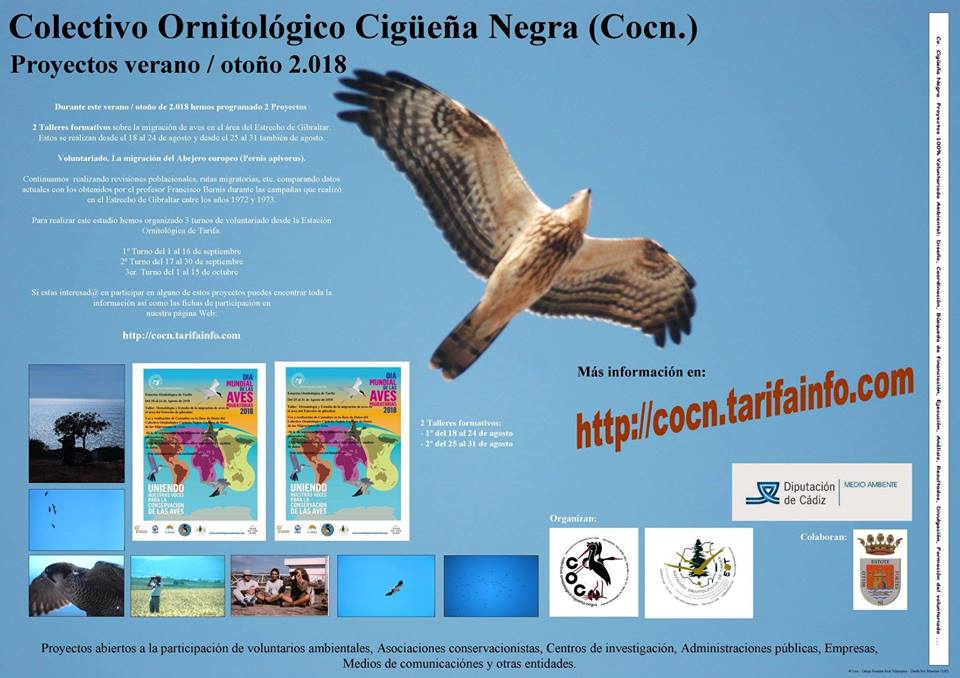 To try to give a little more light to these analyzes on these species, this year we will dedicate our project of census of birds at the level of environmental volunteerism especially to the Census of the European Buoys in their migratory movements, not only in the area of ​​the Strait of Gibraltar , if not that many ornithologists of Western Europe will be attentive to the observations of this species.

Between the 1st of September and the 15th of October, divided by fortnights, we have organized 3 shifts for volunteers:

We ask the participants for a training level D on Bird Migration in the COCN. (Level D – Volunteers observation of birds -> 500 observations processed in the Bd of the Cocn.) Or having done some of the courses on census of birds that the COCN is teaching. since 2016. It is also possible to request validation if the participation in projects of this type is shown.

The association finances accommodation, maintenance, voluntary insurance, certificate of participation and travel around the area to carry out this field work. (Andalusian Volunteer Act 7/2001).

Those interested in participating can send the participation form until August 25, although as of August 15 the coordinators can report on those admissions of people who meet the requirements.

At the same time, a petition has been made to numerous groups and ornithologists at Western European level as well as North Africa to try to receive quotations of this species from this geographical area in order to define the routes of these birds from southern Europe to the Strait of Gibraltar.

Three days dedicated to the observation of this species in the area described have been specially programmed. These are: