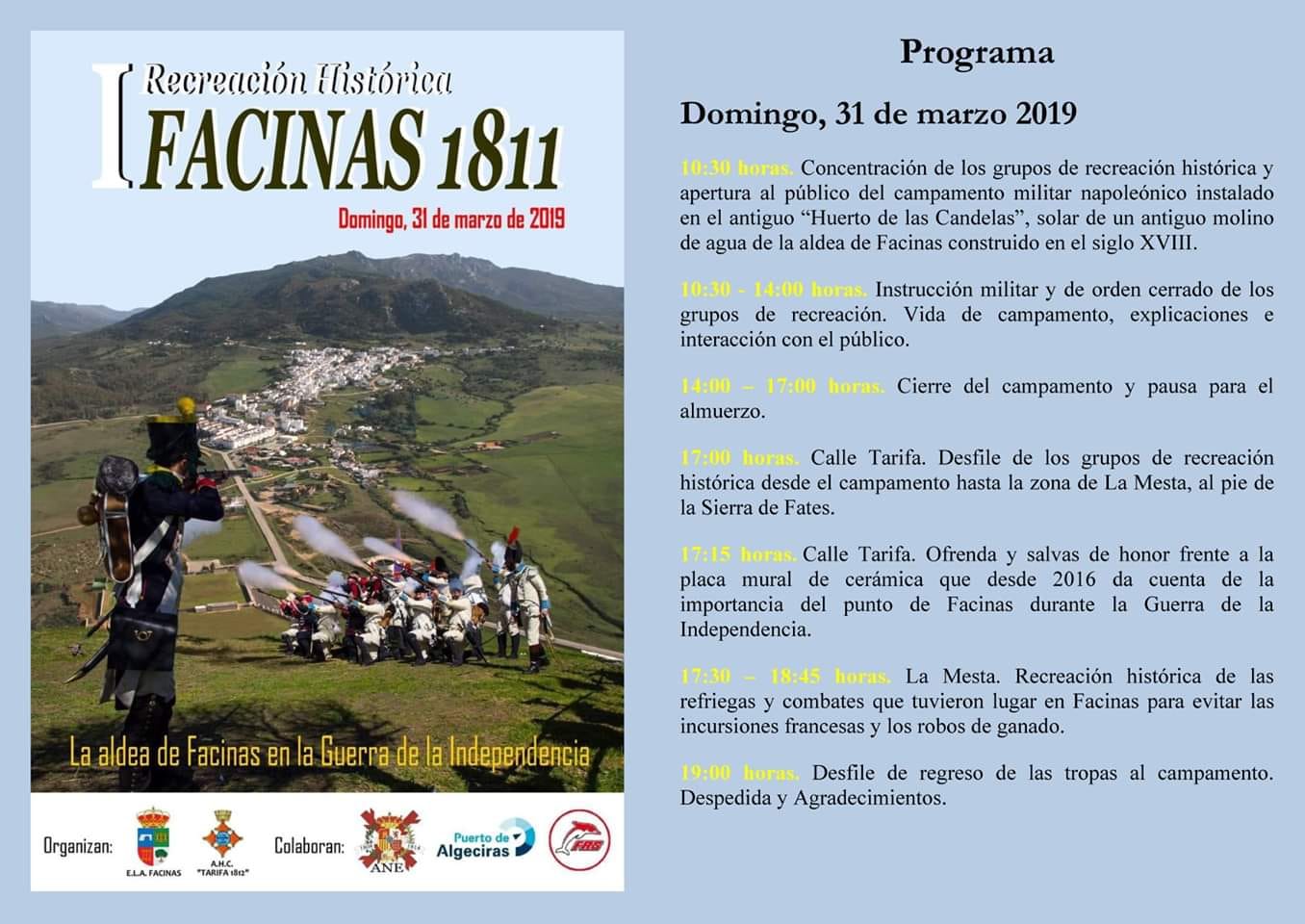 On March 31 we will have historic Napoleonic recreation in Tarifa.

It will be in the Autonomous Local Authority of Facinas, where thanks to the support and commitment of its City Council we will recreate the life of the soldier in the Napoleonic era and the most relevant events that took place in the then village of the large Tarifeño countryside during the War of Independence .

What will be the I Historical Recreation “Facinas 1811” will take place next Sunday March 31 and will be organized by the City Council of the Facinas ELA and the Historical Cultural Association “Tarifa 1812”, with the collaboration of the Spanish Napoleonic Association, the Port-District Commission of the Port Authority of the Bay of Algeciras and the shipping company FRS, based in Tarifa.

The day of recreation, in which the participation of almost a hundred recreadores is expected, will begin from early hours of Sunday, when the camp of time will be planted and the morning will be devoted to instruction of closed order, recreation of life of camping and interaction with the public. In the afternoon, from 17:00h, the skirmishes and combats that took place in this strategic enclave of the Tarifeño term will be recreated.

Facinas was during the War of Independence an advanced point of the square of Tarifa with allied force pickets stationed in the village. Since the invasion of Andalusia in 1810 were frequent French incursions to steal cattle from those fields and in 1811 was the point where they met the two columns from Cadiz and Malaga that should besiege Tarifa, taking place in its vicinity (specifically in the valley de Ojén) on December 18, a battle between the Spanish forces of General Ballesteros and those of the 8th of French line commanded by General Barrois.

In the official poster you can also see the itinerary of the event, with all its schedules.

Are you going to miss it?