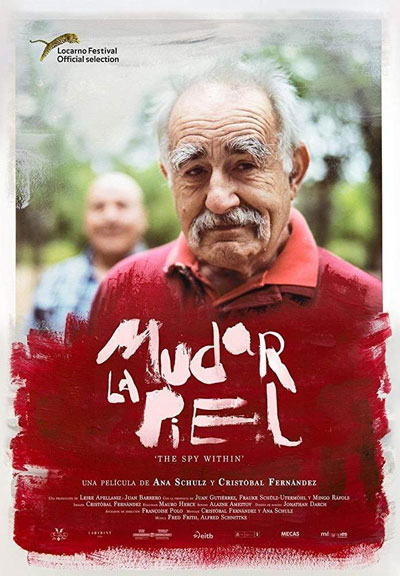 FRIDAY, NOVEMBER 29, LAST APPOINTMENT OF THE FILM CYCLE ON ROUTE, FRAMED IN CULTURAL AUTUMN
With free entry, “Move the skin” is projected through the PLANEA of the Diputación de Cádiz

The last of the films scheduled in the Spanish film series, framed in the “Autumn Cultural” program, arrives on Friday at the Alameda screen. Documentary genre and the terrorist organization ETA as background are the keys to “Mudar la piel”, the next installment of the “Cinema en route” cycle of the PLANEA of the Diputación de Cádiz.

The last film of the cycle is a spy story based on events close to the co-director and screenwriter; Ana Schulz He directed the film “Mudar la piel” with Cristóbal Fernández and on horseback between documentary and fiction, they propose to explore the complexity of relationships. Juan is a mediator who tried to achieve peace between ETA and the Spanish government. Roberto is a spy in the secret services that infiltrated his life for years.

“Change the skin” is the story of Juan, the director’s father, and Roberto, the man who spied on him. Both cultivate an unusual friendship despite betrayal. The film is also the chronicle of the filmmakers’ relationship with the spy and its difficulty in trapping his elusive identity.

It is screened on Friday, November 29 at the Alameda cinema, starting at 20:00 and the Road Cinema series promoted by the “Cultural Autumn” is closing, through PLANEA.