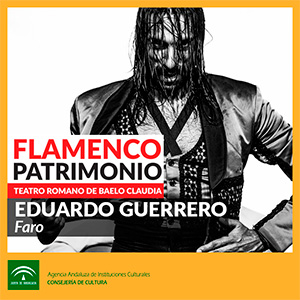 Faro, show inspired by the poetry of these constructions

coastal areas, was created especially for

a tour that in the summer of 2017 toured some lighthouses

from Spain. It started in the north, in the Asturian Faro de

It continued in the south, from El Rompido in Huelva to Sacratif

in Granada; or in the Levant, from Cartagena to Tarragona.

And it ended in Cádiz, whose lighthouse remains in the first

childhood memories of Eduardo Guerrero, that in 2017,

with Guerrero, won the Audience Award of the Festival of

Jerez and the candidacy for the Max Awards.

Faro is a work without a storyboard, where you can

mythical songs that have been inspired by his stamp

and, of course, of Eduardo Guerrero’s dance. Of concise

and white scenography, leaves the color of the