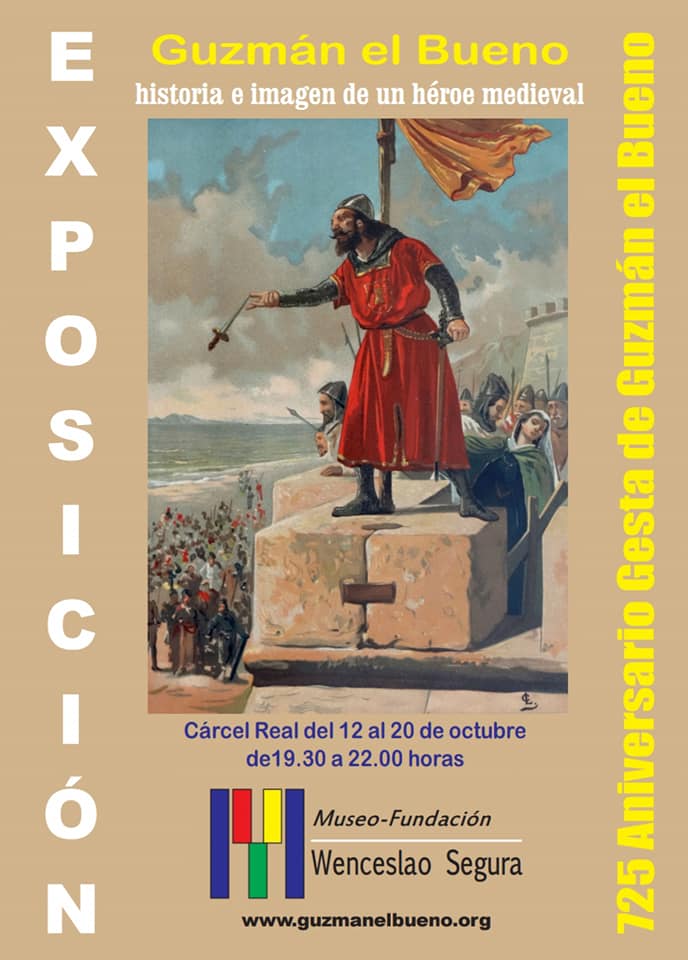 FROM THE NEXT SATURDAY, OCTOBER 12, YOU CAN ENJOY THE EXHIBITION “GUZMÁN EL BUENO: HISTORY AND IMAGE OF A MEDIEVAL HERO”
It will be inaugurated by the president of the Casa de Medina Sidonia Foundation

The exhibition about Guzmán el Bueno and the deed that starred in Tarifa, in 1294 opens next Saturday, October 12 in the municipal hall of the former Royal Prison, from 19.30. The event will be attended by Liliane Dahlmann, president of the Casa de Medina Sidonia Foundation, an entity that treasures the historical legacy of the Dukes of Medina Sidonia and counts of Niebla, direct descendants of Guzmán el Bueno.

The exhibition is part of the events organized to commemorate the 725 anniversary of the deed of Guzmán el Bueno, a citizen initiative that will last until mid-November.
With the title “Guzman the Good: history and image of a medieval hero” about two hundred pieces related to the character will be exhibited and his life will be detailed, from his birth in 1256 until his death in the lands of Granada in 1309.

This is a double exhibition, because in addition to the character’s history, numerous engravings, paintings, illustrations, statues have been gathered, to which to add a section of decorative art and even toys related to Guzmán Bueno and the historical gesture that starred in Tarifa.

The exhibition is organized by the Wenceslao Segura Museum-Foundation and is the third one that this entity has organized this year. It will be open until Sunday, 20th day from 19.30 to 22.00.