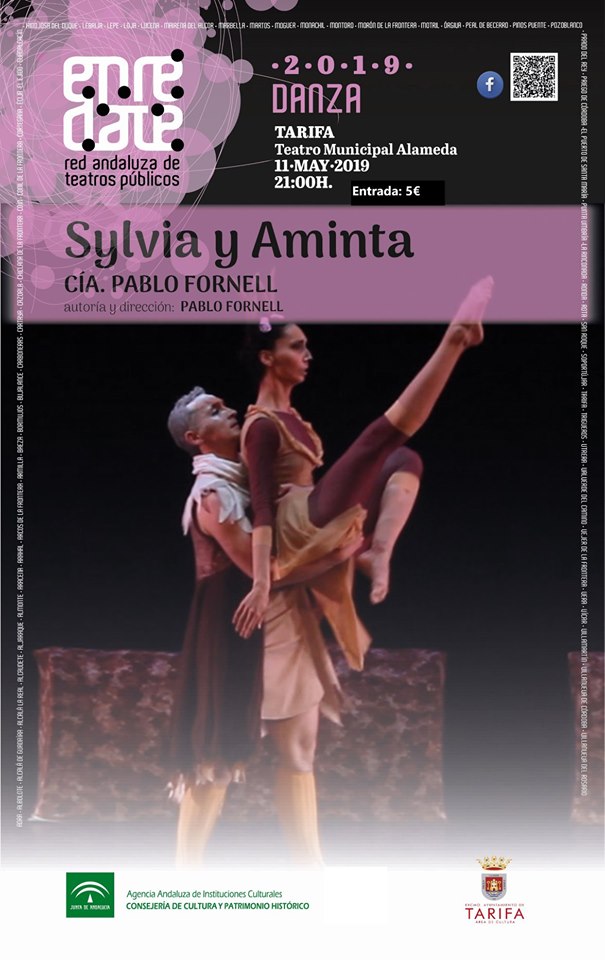 Contemporary dance with the Pablo Fornell Company, on Saturday, May 11, at the Alameda theater starting at 21:00.

Sylvia and Aminta could never imagine that their friendship could break the rules established in the distant valley of the deer.

Creatures faced since ancient times must put aside their differences and join to recover their offspring. A story told in the language of contemporary dance by Eros, the chilindrinero owl. That’s what the Pablo Fornell company brings to the Alameda theater next Saturday, May 11. The Andalusian Agency of Cultural Institutions and the City Council of Tarifa make a new show possible within the framework of the Andalusian Network of Public Theaters.

Six dancers under the direction and choreography of Pablo Fornell and the costume design of Juan Sebastián Domínguez form the cast of a story suitable for all audiences that transports the spectator to the magical valley of the cervids. Dance, montage and costumes recreate a world of dream and fable.

The production is a children’s adaptation of the celebrated ballet Sylvia. Text and interpretation have been adapted so that audiences of all ages can understand the development of the story.