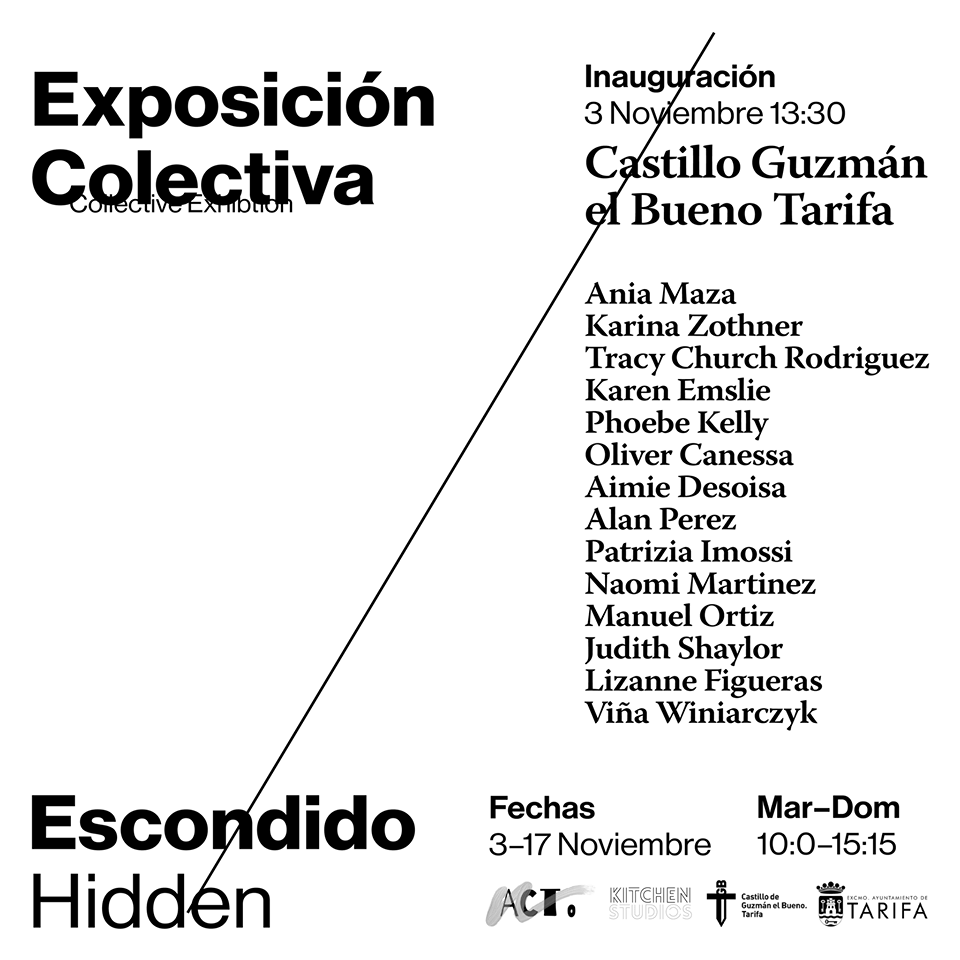 NEW COLLECTIVE EXHIBITION OF ARTISTS IN THE CASTLE
Under the name of “Hidden”, about fourteen authors present the creations derived from a recent workshop coordinated in Tarifa by Judith Saylor.

The exhibition hall of the Castle renews shows from Sunday, November 3. The artist groups, the “Kitchen Studios Gibraltar” and the ACT or Association of Contemporary Artists Tarifa share an exhibition. It will be installed between 3 and November 16 and can be visited during opening hours to the public, from 10:00 to 16:00.

The show is called “Hidden”, hidden in English and brings together works by 14 artists including Karina Zothner. They are the result of an expressive workshop coordinated by Judith Saylor.
The works of Aimie Desoisa, Alan John Pérez, Lizanne Figueras, Naiomi Martínez, Oliver Canessa, Patrizia Imossi and Phoebe Kelly are integrated under “Kitchen Studios Gibraltar”.

According to the promoters of the event, the works exhibited are all experimental and were created during the first Art Encounter of Artists of the Campo de Gibraltar held at the Vega StudiosTarifa during the weekend of October 18-19 and 20 .

Judith Shaylor directed the workshop “Sensory Overload” there. A proposal that invited the joint reflection and interaction of the artists. During the initiative, the participants, grouped in pairs and trios, were exposed to three specially chosen pieces of music and accompanied by other sensory stimuli; Taste, smell and touch.

After each music, the artists in each group made an exchange of ideas about their experiences and as a conclusion they were openly shared among all the groups. Later they went on to produce the works that will be in this exhibition.