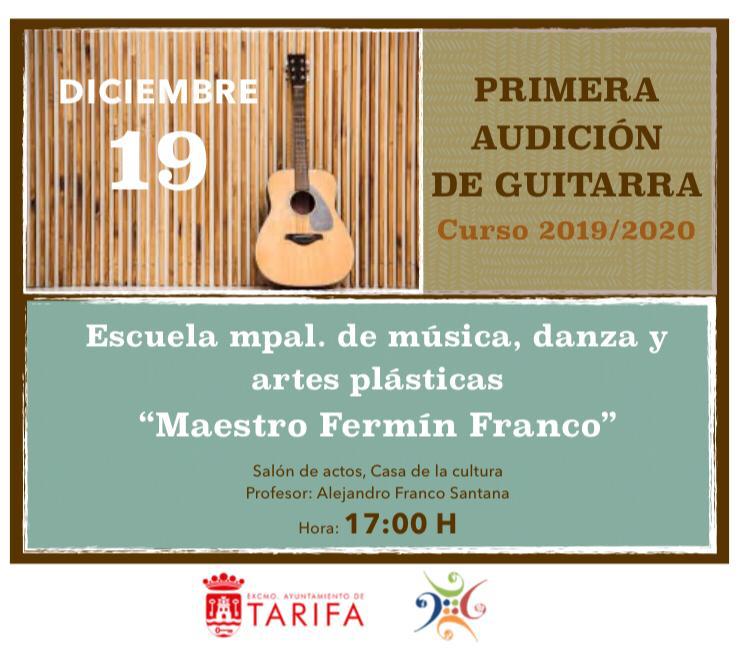 THE CLASSROOM “MASTER FERMÍN FRANCO UTRERA” BRINGS THE VILLANCINCO TO THE STREET WITH “CHRISTMAS CORNERS”
It will be Friday, December 20 from 17:00 and will be preceded by auditions open to the public from Wednesday

Christmas music is the claim of more than one appointment of the municipal school “Maestro Fermín Franco Utrera”. The students of clarinet and saxophone, tomorrow Wednesday and guitar, on Thursday prepare their respective auditions open to the presence of the public. Also on Friday, if the weather does not prevent and accompanies it, the music classroom prepares a whole musical itinerary with the students playing Christmas carols in more than one corner of the street in the historic center. The appointment comes with the name of “Christmas corners” and the students have prepared a repertoire to interpret it at street level.

The first appointment is Wednesday, December 18, at 18:00 at the Casa de la Cultura. Groups of students of the clarinet and saxophone instruments offer an audition with open doors and with the Christmas theme in much of the prepared repertoire. With the guidance of Professor Maria Canas, the instrumental wind groups, in full learning, will sound like Christmas.

And all this will become the prelude to the assembly prepared for the afternoon of next Friday. The School of Music, Dance and Plastic Arts “Maestro Fermín Franco Utrera” prepared a musical tour through the historic center of Tarifa with three specific scales in which you can hear a whole repertoire of Christmas carols.

The appointment comes with the name of “Christmas corners” and in fact the interpretation of instrumental and vocal carols is planned in three different corners of Tarifa. At five in the afternoon they will be at the Mercado Centra de Abastos to open the route. After interpreting repertoire, the musical itinerary will follow at the gates of the main church of San Mateo. There they expect to be at 17.45.

Finally, at 18:30 pm they will be at the Casa de Cultura, in the auditorium where guitars, clarinets, saxophones and vocals will be joined by some students of the piano classroom “Da Capo”, by Professor José Iranzo.

The “Christmas corners” agenda is subject to the evolution of time. Depending on the rain forecast, outside appointments may be suspended. The one at 18:30 would be kept, in the House of Culture.