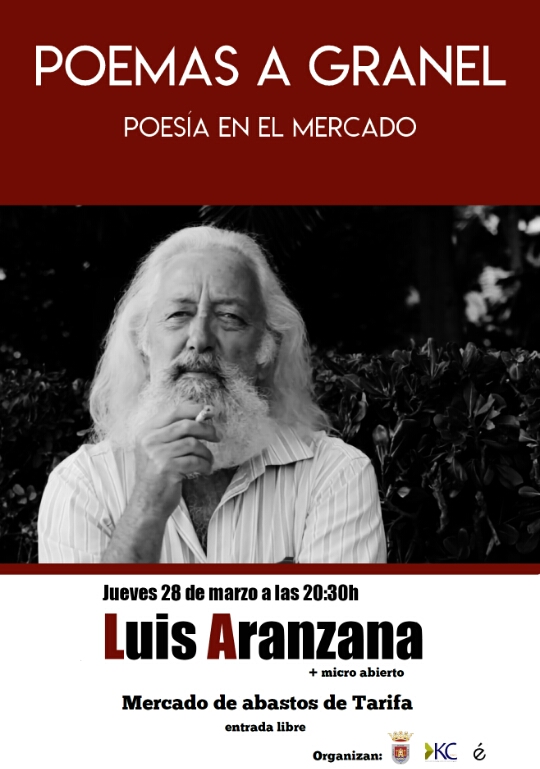 “Bulk Poems” and micro-open returns this Thursday, March 28, from 20:30 in the Market of Supplies of Tarifa.

The “Guardian poet”, Luis Aranzana, arrives with his verses to Poemas en Bulne, as a guest of the month of March.

The poetry of Luis Aranzana Morales and especially his way of presenting it, does not leave anyone indifferent, a man of great sensitivity defends with a firm voice his sometimes delicate poems, sometimes heartbreaking. This year he published his collection of poems “Morir cuerdo y vivir loco” with a prologue by Juan José Téllez.

Luis Aranzana is also the protagonist of a beautiful short film, Iguales, about people who sleep on the street, who was awarded in 2015 with the prize of the Documentary Film Festival of Cádiz. The experience encouraged him to found in Cádiz Iguales en Acción, an NGO that aims to “a business project to give work and housing to homeless people”.

As has already been said, at 20:30, at Market of Supplies, Bulk Poems begins, a poetry cycle organized by KCTarifa, eMeGé Editores and the Culture Area of ​​Tarifa City Council.