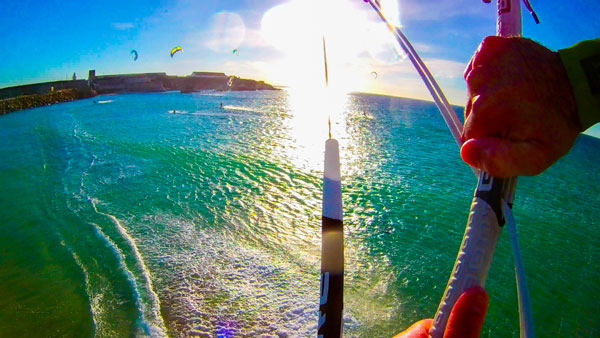 The show of kitesurfing returns to Tarifa with a new regatta. From next Wednesday, the “Full Power Kitefest” will gather on the beach of the old Spa to almost thirty athletes in search of the most spectacular jump.
It will be by far, high-altitude kitesurfing, not only because of the profile of the nearly thirty sailors of 15 different nationalities who will meet in Tarifa. But for the characteristics of the competition itself: And the “Full Power Kitefest Tarifa” race will measure the highest jumps. It will be in the Spa with forecast of east wind that will give spectacular to this test.

The Championship is organized by Wayuu and has the collaboration of the Tourism and Beaches delegation.
Two modalities are established: twintip or table with fastenings on the feet; the strapless (without fasteners).
The sleeves will be of 7 minutes and the highest jumps and the most extreme maneuvers will be rewarded.

For the mayor of Tourism and Beaches of the City Council of Tarifa, Sebastián Galindo is a sport event more destined to make Tarifa the best European scenario for the innovators of the kite.

On the other hand, he points out that “it is also positive that it be done in October, a good time for the municipality to continue gathering the interest of visitors and tourists. With this, there are 3 top-level kitesurf competitions that have been held this year, in a bet that is consolidated. ”

After the Strapless World Championship and the Spain Kiteboarding League, this is the third major event of kitesurfing that comes to the municipality throughout this 2018.