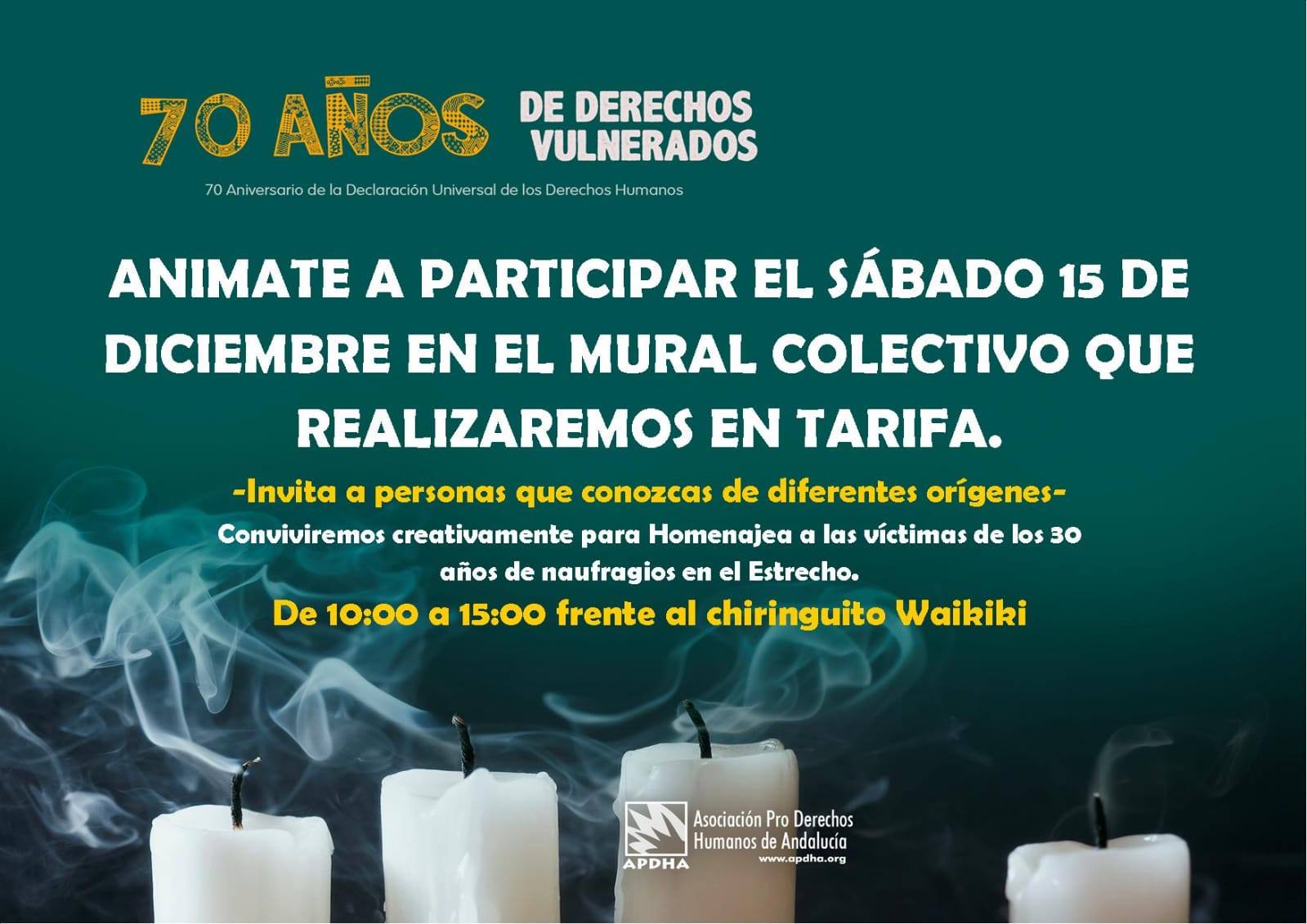 The Association for Human Rights of Andalusia, based in the Campo de Gibraltar, looks at Tarifa on the occasion of the seventieth anniversary of the Universal Declaration of Human Rights.
They will be on the promenade next Saturday, in the vicinity of IES Almadraba to coordinate the painting of a collective mural with which they want to leave their mark and message. The choice of the promenade overlooking Los Lances beach is not accidental. There appeared thirty years ago the first corpse of clandestine migration in the waters of the Strait of which there is graphic evidence. It was the journalist from Tarragona, Ildefonso Sena Rodríguez, who immortalized the moment.
Thirty years later the story continues and that is why APDH Campo de Gibraltar invites participation in the great collective mural. There is already a sketch made by people rescued in the Strait and welcomed in the foundations of Cruz Blanca Algeciras and CEAR.
The event will also include the collaboration of artists from the Campo de Gibraltr as Peti Jiménez from the FUNDARTE collective.
“In this situation so painful in terms of migration, we want to help to remove consciences and question inaction in the face of migratory drama. The work aims to be an act of vindication and social awareness that lasts over time, at the same time as a tribute to the victims, which contributes to the denaturalization of death. This is how the collective Pro Derechos Humanos sums up its call.