50 years of the flood of Tarifa 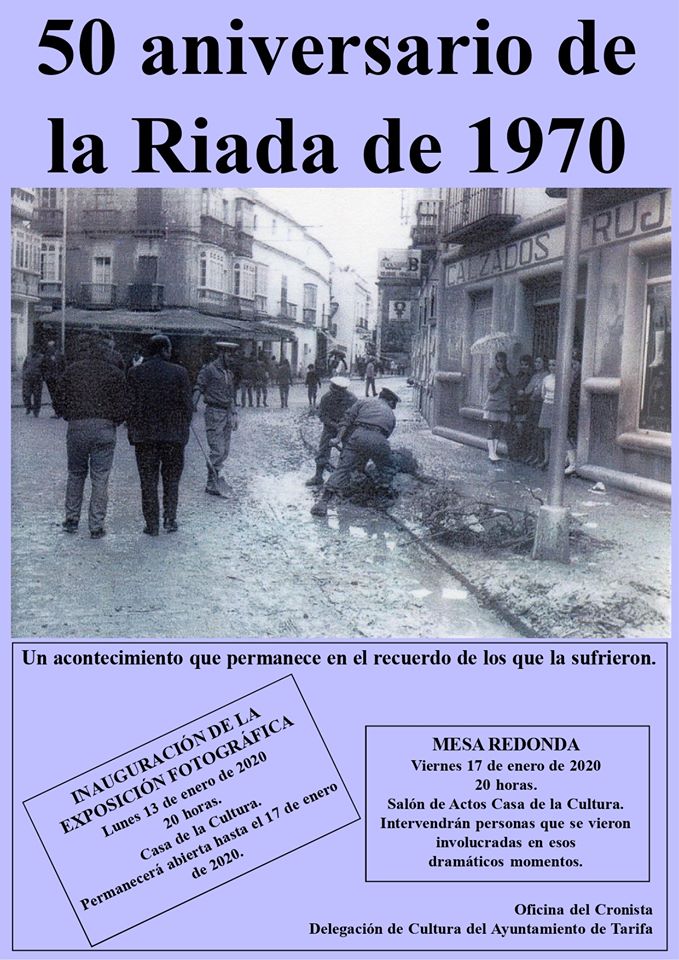 The municipal area of ​​Culture through the Municipal Office of the Chronicler prepares agenda of events to remember the 50 years of the flood of 1970. On the night of January 13, 1970, the old Calzada stream resumed its deviated course, in a water tube that surprised the entire population. The Office of the Chronicler intends these days to make history of an episode still latent in the memory of many. An exhibition will collect from next Monday photographs and reproductions of the press of the moment that put graphic image to the event. A round table is also prepared for Friday, January 17 that aims to gather testimonies of those affected and memories of those who lived closely.

The press of the moment echoed the disaster. Also of the enormous effort of some neighbors who on the morning of January 14 attended the consequences of the flood.

Luck that at the time of the disaster – around ten o’clock at night – the focus where the problem was triggered – the Nursery – was closed. The building acted as a natural dam of the Angorrilla stream, grown by the heavy rains of days before it could not drain since the tunnel built for channeling was clogged. The walls of the nursery did not withstand the pressure and the water looked for its natural road Calzada forward. The flow threw everything in its path. Parked vehicles, carriages, street lamps. Flooded homes, establishments and shops. In one night, the nerve center of Tarifa; where he bought, walked and came to life, was disfigured. The press of the moment echoed the disaster, and especially the enormous effort of some neighbors who on the morning of January 14 attended the consequences of the flood.

On the occasion of the 50th anniversary of the event, the municipal area of ​​Culture through the Office of the Chronicler prepares a photographic exhibition from Monday, January 13 at the House of Culture. It will officially open after 20:00. A round is also prepared on Friday, January 17, starting at 20:00. We want to make collective memory of a day that also tested the solidarity response of the population.