Las Palomas Island (‘Pidgeon Island’), otherwise called Tarifa Island, is the farthest rocky foothill structure in Europe prior to the continent submerging in the Strait waters. Its most southern point is nowadays home to a lighthouse located in a XVI century beacon tower.

Due to its location, it must have been a magical place for sailors navigating the waters just where the seas open up and that might have also been the reason why a Phoenician temple seems to have been also placed there. Nothing remains of the temple, but there are still some tombs located next to the port and that were excavated on the rock and accessed by way of a well. A cyclopean breakwater wall is nearby, apparently of undocumented Phoenician origin.

The island, bigger than the whole of the old quarter, is formed by two types of rocky terrain: the lower strata is made up of silica sandstone that build up as rocky crests making up for the most part of the area, and, on top of which then upper layer contains another type of stone popularly known as ‘ostionera’ (made up of sea shells) which built up as a result of fossil debris accumulation on old beaches and fossilized sea floors. This material, soft and easy to work with, has been traditionally used for constructions purposes (for instance, it was used at the Guzmán el Bueno castle) and the fact that it has been frequently extracted has produced a notable effect on the island’s morphology: some quarry cliffs are still visible near the sea where the rock was transported, or at the very access point of the island, whose rampart is made up, in fact, by this very same stone having been cut up.

The island does not house fortifications save for the aforementioned tower dating back to 1588 and it was not until XIX century that, after the French invasion, a fortified inner harbour was built, together with a set of battery barracks and, inside, some encampment stations and an impressive ammunition dump. The breakwater is not built until 1808 in the form of a neck of land linking it to the island of Tarifa, having been these two bodies of land separated by a sea channel and rocky crests of approximately 500 metres from Saint Catalina, and of 800 metres from the castle. As from the moment it was built, the structure marks the division of both seas.

In the Mediterranean side, the sand that was previously in La Caleta Beach is now deposited on the small bay beside de island, thereby creating the popularly known ‘small beach’, a place where the locals are fond of visiting, being safe from the wind, and where diving ‘christenings’ or first immersions are also conducted. On the other side of the neck of land, now on the Atlantic, the 10 kilometres belonging to the sandy beaches of Valdevaqueros and Los Lances begin. The biologically rich sea floor and clean waters are home to many species of flora and fauna typical of both the Mediterranean sea and the Atlantic ocean.

Guides visits are nowadays organized by Mundo Posibilidades and the Tourism Delegation in Tarifa, both of which require that you schedule a week in advance. For more información please dial +34 956 680 993 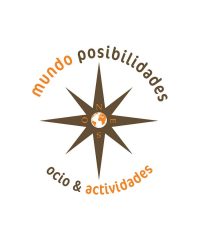 WorldPosibilities Leisure & Activities … “Take advantage of those little things that are within reach of the hand” “… Because there lies the secret of life! 2 Natural Park and the Campo de Gibraltar … ¡Un… 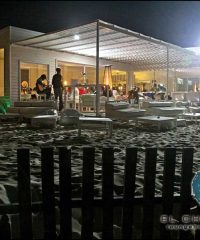 Restaurant afoot of beach where you will find two environments, lunches and dinners in harmony with the zone lounge where you will be able to enjoy the relaxation.