Tarifa is one of the tourist sites where the value is quite good, eat very well and for shopping you need not spend a lot of money. It is recommended not to travel with a lot of money in the portfolio even though Tarifa is a pretty safe place, no ATMs in the center and in most stores you can pay by card.

The best time to visit rate

The city of Tarifa is a place that offers so much cultural, sporting and gastronomic variety that can be enjoyed in any season, spring and fall are the best seasons to enjoy the city as the temperature is usually quite good, the light in that time is spectacular and establishments have crowds like in the summer. From March or April until October or November the good weather makes Tarifa an attractive tourist destination. For sports and culture lovers any time of year is good, the offer price in that sense is unbeatable.

How to get to Tarifa

You have several options for reaching rate more comfortable, car, train to Algeciras, bus and even plane from the nearest airport to this beautiful city.

It is the southernmost city in Europe. Founded by the Romans in the first century

They found in the municipality important archaeological sites like the necropolis of Algarbes, the most important monument of the Bronze province.

The Phoenicians , Greeks and Carthaginians settled on the Isla de las Palomas. But it will be with the Romans when it begins to acquire its true importance with Julia Traducta settlements – the current Tarifa-, Mellaria and Baelo Claudia -in the beaches of Bologna.

Named after Ibn Tarif Malluk, Berber chief who accompanied Tarik ben Zeyad, Arab leader who defeated Don Rodrigo at the battle of La Janda (711). The centuries of Muslim domination will leave their mark on the city.

The square was taken to the Muslims in 1292 by Sancho IV of Castile, called the Bravo. Sancho took command of the square to Alonso Perez de Guzman, Mr. Niebla and Nebrija. In 1294, the Infante Don Juan, brother of King Sancho, King Mohamed II of Granada to be offered, betraying the Castilian crown, recover rate. Being impractical assault the castle, the infant resorted to the ruse of threatening Guzman, if not surrender the square, to kill his son, who had previously kidnapped; becoming famous Guzman’s response to this threat, “if you have no knife to kill, here is mine.” For the defense of the city, Alonso Perez de Guzman would receive the nickname of “El Bueno”.

After the Christian conquest, would long border area, first with the kingdom of Granada and then, after the fall of the Nazari kingdom, as a stronghold in coastal defense against the Barbary pirates and, in the eighteenth century as enclave military against the British possession of Gibraltar.

Within the fandango flamenco Tarifa “chacarrá” known. It also has the National Folk Music Contest. 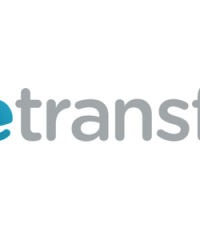 Transport Info. for your Trip Transfers