The town of Tarifa is an ideal place to practice climbing, as it has a large rocky heritage. “La Loma de San Bartolo” is an internationally known spot by climbers, as it has numerous equipped routes, such as “Los Cernícalos”, “Los Alcornocales”, “La Habitación”, “Mosaico”, “La Armónica”, “Los Buitres” … San Bartolo is the most important school in the province of Cadiz and perhaps the most beautiful, due to its location on an elevation on which marine inlets Valdevaqueros and Bolonia dominates.

Historically was the first to have the first climbing routes of Cádiz and Andalusia. It is located within “El Estrecho” Natural Park. It has two areas, the top, the oldest and “Tajo del Búho” or “Canuto del Arca”, with its popular “Mosaico” sector. Both areas have climbings on a similar sandstone, very hard, favorable to grips in strips, edged ridges, chickpeas and mushrooms.

All combined in different angles, typical of each sector, causing a variety of climbing, but peculiar to the area. Each sector and its orientation is more inclined to a summer or winter season. The best seasons are spring and autumn, although the changing climate of this area, depending on the winds of Poniente and Levante, causes temperature changes throughout the year.

Since our inception we have been faithful to the care and enjoyment of nature and the environment and under this premise we have strived to create enormously under the rural areas, a sport and educational experience that is unforgettable . In our… 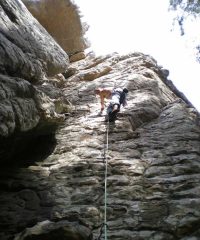 Kite Surfing From AOS ADVENTURE we approach you to the wonderful world of kitesurf, a new sport for its spectacular, which counts on an endless number of fans. Feel the freedom and the wonderful wind sensation to fly in a privileged environment,… 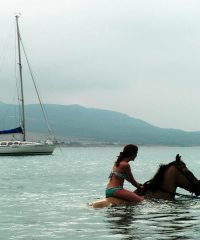 Discover Adventures of the South We are located in Andalusia, in front of the African coasts, in a beautiful Natural Park with mountains, fields and beaches. The aldéa in which we find ourselves is called Betis, between Tarifa and Bologna where you…